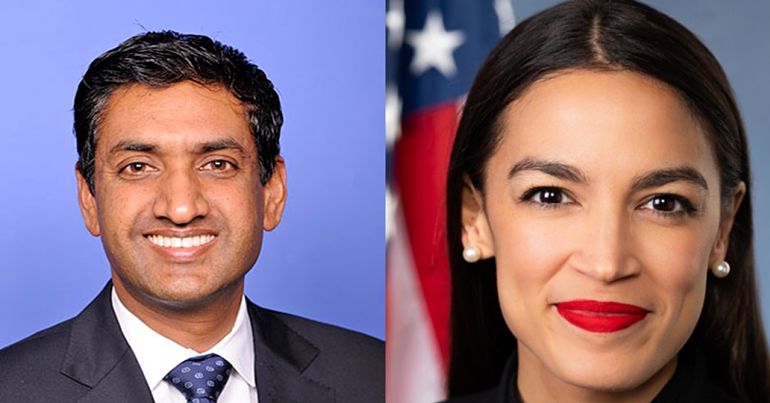 On 23 January, US president Donald Trump officially backed an ongoing coup attempt in Venezuela. While the self-defined ‘Trump resistance’ has remained largely silent, some real resistance has emerged within US politics. And progressive Democrats are putting their party’s establishment politicians to shame.

On 5 September 2018, the New York Times published an anonymous op-ed written by an official within the Trump administration. It was entitled I Am Part of the Resistance Inside the Trump Administration. It spoke of Trump’s “amorality”, and claimed: “Americans should know that there are adults in the room”.

According to the New Yorker on 22 January 2019, meanwhile, “the resistance is winning”. The article argued: “At this stage, a publisher should perhaps commission a book from Trump… that puts a more positive spin on the Administration’s record”.

What’s better than writing a book to save a presidency? The answer became clearer the following day, when Trump officially backed a coup in Venezuela.

With few exceptions, the ‘Trump resistance’ has since gone silent. So have the ‘adults’ left the room? Or did they never exist in the first place? 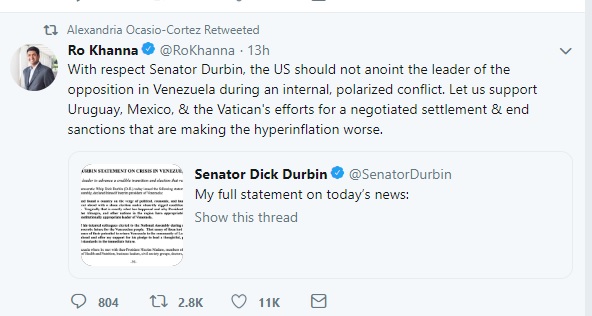 The few exceptions to cross-party silence (or, worse, support) for a coup in Venezuela show there are some voices calling for an anti-imperialist US foreign policy.

And Khanna led the way, stepping away from the false and simplistic ‘good vs bad’ position being pushed in political and media propaganda. In particular, he highlighted the utter hypocrisy of US policy on Saudi Arabia and Venezuela:

Let me get this straight. The US is sanctioning Venezuela for their lack of democracy but not Saudi Arabia? Such hypocrisy. Maduro’s policies are bad and not helping his people, but crippling sanctions or pushing for regime change will only make the situation worse. https://t.co/NU6ikw0hoC

Unsurprisingly, the political and media establishment soon tried to attack and smear Khanna:

I guess McCarthyism didn’t end in 1954. The comparison to Rohrabacher – who I campaigned to defeat – is absurd. I have strongly supported the investigation into Russia meddling, stood up for Mueller, voted for sanctions on Russia, and recently on Assad. https://t.co/8DmEoyyX01

US has backed right-wing coups up and down Latin America for 100+ years. Not one was about democracy. All have been to enrich the global elite. But we’re supposed to believe this time in Venezuela – which has the world’s largest oil reserves – is different?

In short, there is some real resistance in the US to Trump and imperialist interventionism. It’s just not coming from Republicans or establishment Democrats.