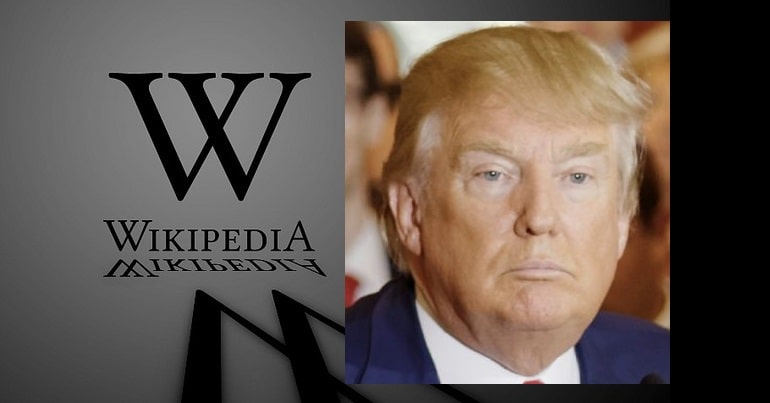 Wikipedia has sent a chilling message to Donald Trump after he officially backed a coup against Nicolás Maduro – Venezuela’s elected president.

Despite Venezuelans not voting for it, Trump declared pro-US opposition leader Juan Guaidó as Venezuela’s ‘interim’ president on 23 January. And Wikipedia appears to have legitimised US regime-change efforts by calling Guaidó the “Acting President of Venezuela”. 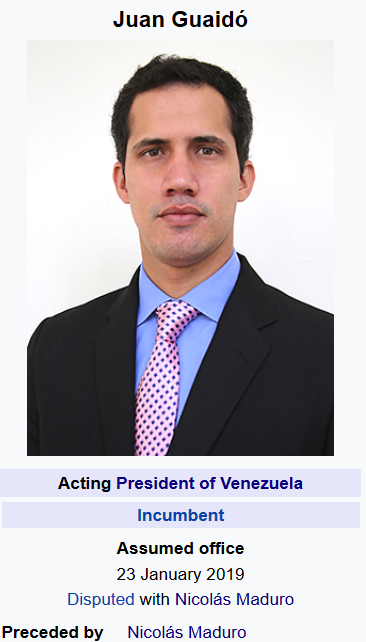 There are two fundamental problems with Wikipedia and Trump’s line. Firstly, in May 2018, people elected Maduro in a rigorous election, where he won over 5.8 million votes. Secondly, the US is a foreign power that has no business meddling in the internal affairs of another nation, let alone a democratic one – no matter your view on Maduro.

Nonetheless, Canadian prime minister Justin Trudeau has joined Trump in recognising Guaidó as president over Maduro. And a number of Latin American countries with pro-US governments – such as Brazil, Ecuador and Peru – have also declared Guaidó president. In the UK, Theresa May has backed Trump and Guaidó but stopped short of recognising the opposition leader as president. On the flipside, US adversaries China, Russia, Syria and Iran condemned Trump, along with Turkey.

Within Venezuela, the military reaffirmed its support for the elected president – who survived an alleged assassination attempt in August 2018.

Venezuela is currently in a severe economic crisis, in part because it failed to diversify its oil-dominated economy before global oil prices dropped. Devastating US sanctions, meanwhile, have been making the situation much worse.

Wikipedia hasn’t removed the title of Venezuelan president from Maduro, but still elevates Guaidó to the status of “acting president”. The Canary contacted Wikipedia for comment but received no response by the time of publication.

The US, however, cannot simply dictate who the leader of a country is. With a low turnout of just under half the eligible voters, Maduro won 68% of the vote in May 2018. The closest runner-up was Henri Falcón with 21%. Other right-wing opposition leaders such as Guaidó boycotted the election. Instead, they appear to be trying to force the collapse of government through a combination of US sanctions, protests, and propaganda. Guaidó claims that the election is not valid because the voting system is corrupt. But the opposite seems to be true. Former US president Jimmy Carter, for example, has previously called the Venezuelan voting system “the best in the world”. Cross-party observers audit the electoral process, which includes fingerprint scanners, voting receipts and high-tech systems.

Still, Guaidó is alleging that the election was fraudulent in order to topple Maduro. And given that Guaidó is president of the National Assembly, he claims that he constitutionally becomes the de facto leader of Venezuela if there is no legitimate president. That is disputed.

But the main problem is: Maduro is the elected president. So Trump, the mainstream media, and most of the ‘neoliberal‘ world order are helping Guaidó overthrow democracy in Venezuela. And it looks like Wikipedia is joining the regime-change effort. Everyone involved should hang their heads in shame.