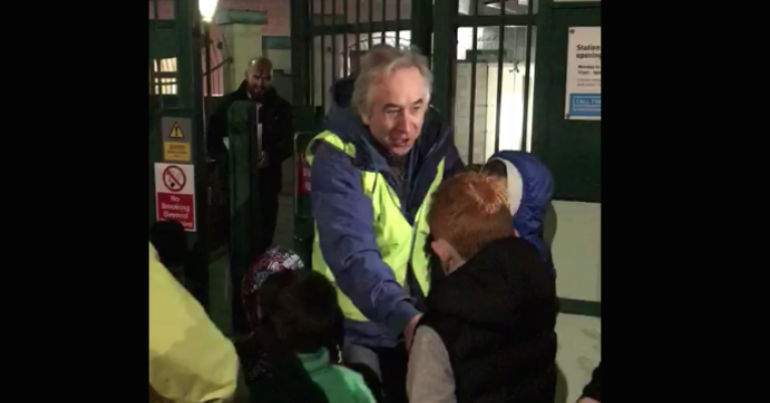 on suspicion of obstructing a highway and resisting police following an incident at Camcosy Road, Gortin.

They released him at 8pm the same day.

McAleer is chair of the local goldmine opposition group Save Our Sperrins. As reported by The Canary, locals oppose Dalradian Gold Ltd’s plans to mine their community and to use cyanide in the process.

McAleer says that while driving on a narrow mountain road near his home, he met an Irish Waste Services Ltd tanker. Weather conditions were poor with much of the countryside covered in snow. So, neither vehicle could pass with ease. McAleer claims the Irish Waste tanker had been removing controlled waste from the Dalradian drill rigs.

McAleer claims that after they agreed a way for both vehicles to pass, the driver then refused to move. A 90-minute long confrontation followed and ended when the police arrived and arrested McAleer. McAleer says it was “total madness” as he couldn’t believe he was under arrest.

A witness claims to have seen the tanker driver emptying liquid waste into a nearby ditch. The Canary contacted Irish Waste Services Ltd for comment. But none was provided by the time of publication.

As The Canary reported previously, McAleer chained himself to Dalradian drilling equipment on 19 January. That protest brought its test drilling to a standstill.

Local people submitted 10,000 objection letters to the proposal. They’ve also received support from the Community Environmental Legal Defense Fund (CELDF). The CELDF is a law firm which protects communities from projects that could damage their environment.

This was an unnecessary development that disrupted the community and interfered with local employees and contractors who are simply trying to do their job.

All of Dalradian’s activities are lawful; operating within strict environmental regulations and under an Exploration Licence granted in line with the policies of the NI Executive.

Furthermore, it said “the project has also received 2,700 letters of support which is unprecedented for a planning application”.

Family, friends and fellow protesters greeted McAleer when he came out of Omagh police station. The PSNI said he “has been released pending a report to the PPS [Public Prosecution Service]”. McAleer plans to lodge a complaint against the arresting officer.

Protesters also gathered at the gates of the Dalradian plant at 9:30pm on 23 January. McAleer said the arrest “will not distract us from our work of protecting the water, air, land and people’s health from toxic gold mining”.

Featured image via member of Save Our Sperrins