There's a special place in hell for 'all Tories', confirms Satan - The Canary 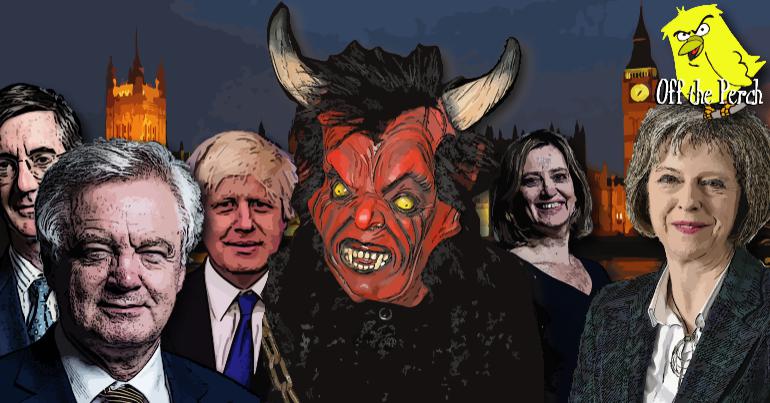 On 6 February, Donald Tusk suggested there might be a “special place in hell” for “those who promoted Brexit, without even a sketch of a plan of how to carry it out safely”. While that’s a cheery thought in and of itself, Lord Satan has now confirmed there’s a special place in hell for all Tories.

Oh yeah, hell’s full of them. Registering as a Tory MP is like buying a season ticket to the lake of sulphur. Do you think Anna Soubry will get a free pass because she likes visa-free travel in the Eurozone? Have you seen her voting record?

The host asked how another famous Tory woman had been doing in hell – namely Margaret Thatcher:

We actually stopped torturing her recently. It turns out she’s having a bad enough time watching the slow death of her political ideology. Who would have thought everything she stood for would be unsustainable and harmful to everyone but the super rich? Most people, as it happens. That’s why she’s in hell, the bastard.

Of course, a lot of Tories don’t like the accusation that they might be going to hell. Well – tough. If you can’t do the time, don’t do the Conservative government.