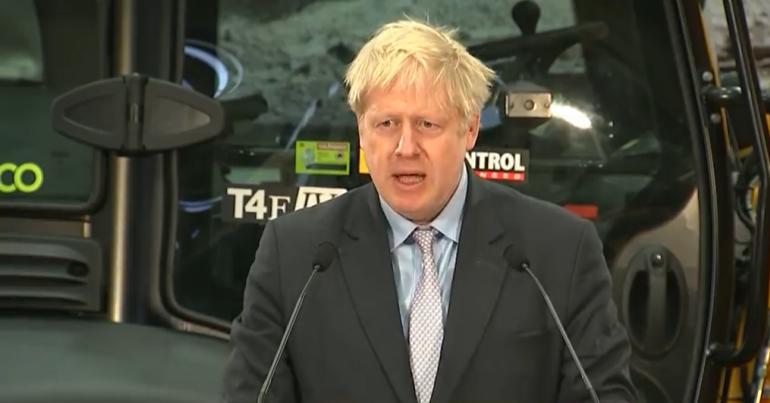 Boris Johnson hasn’t just filled his time with constituency work since leaving the cabinet. The ‘man of the people‘ has been topping up his bank balance elsewhere. In fact, the former foreign secretary earned over £51,000 for just two hours work in January.

To put that into context, Johnson took home the average salary for someone in full time employment in the UK in just 65 minutes.

Johnson’s big pay day came courtesy of Pendulum Events. The Conservative MP spoke for around 25 minutes at the Pendulum Summit in Dublin, followed by a Q&A session.

Earning £25,625 an hour at the £700-a-ticket event, Johnson told the crowd that there will be no hard border in Ireland. The MP came onto the stage to Final Countdown, by the aptly named Europe.

On his speaker profile, Johnson is described as “one of the most captivating and controversial political speakers of his generation”.

The £51,250 payment was published in the most recent MPs’ Register of Interests. It is the latest in a line of earnings the former foreign secretary has enjoyed since leaving the cabinet.

In November 2018, the MP received £94,507.85 from GoldenTree Asset Management for a two hour speech. Then in December that year, Johnson registered a more modest £28,900 for another two hour speaking shift. He also received a donation of £10,000 from JCB just three days before giving a speech at its headquarters on 18 January.

As well as continued royalties from his book, Johnson is being paid over £275,000 a year for his weekly Telegraph column. According to the MP’s returns, earnings from the deal total around £2,291 an hour.

Johnson may have been happy with his pay packet but not everyone was impressed:

Boris Johnson was paid £51,000 for one speech, MPs’ register reveals.

When will people realise? https://t.co/FtQwqdGo8X

Others on social media called for a cap on MP’s earnings in additional jobs:

Companies paying large amounts of money to politicians for “speeches” is a form of corporate #bribery imported from the US.

A £100 plus expenses cap per speech should be imposed on serving politicians to stop this sly form of #corruption.

The former foreign secretary may be trying to adopt the ‘man of the people’ persona, but these latest figures show that Boris Johnson still lives in a very different world to most of us.