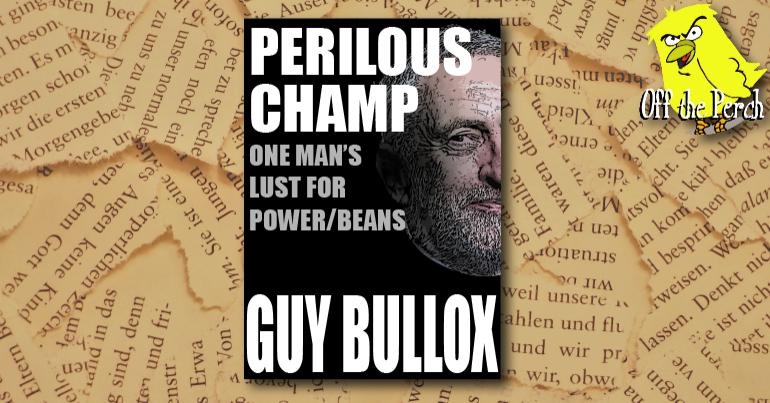 The recent book Dangerous Hero exposed Jeremy Corbyn as someone who once got into debt for… personally funding a Holloway community centre.

Some people are concerned that the revelations in Dangerous Hero don’t really make Corbyn look that ‘dangerous’ – more just kind of nice. Not to worry, though – a new book has some revelations that will blow your woollen socks off.

One woman said Corbyn visited her house, but only petted one of her cats:

I’ve got three fucking cats, Jeremy – do you think the other two will just pet themselves?

A shopkeeper said Corbyn bought a suspiciously large quantity of beans from him:

I told him I’d ordered too many and it had really dented my finances. Jeremy said he could help me out. I asked if he could get through so many beans by himself, and he just laughed and said, ‘Is socialism for the many, not the few? Yes. Yes it is.’ He then opened one of the tins Popeye-style and necked it in front of me.

A former aide claimed Corbyn’s distrust of Europe was obvious:

I asked him if he’d be watching Eurovision, and he said he had some charity night to go to. I knew right then he’d one day wriggle himself into a position of power and fuck us.

The people reading these books about Corbyn are rightfully terrified. Largely they’re terrified that, in retrospect, their fears about Corbyn may have been a tad hysterical.