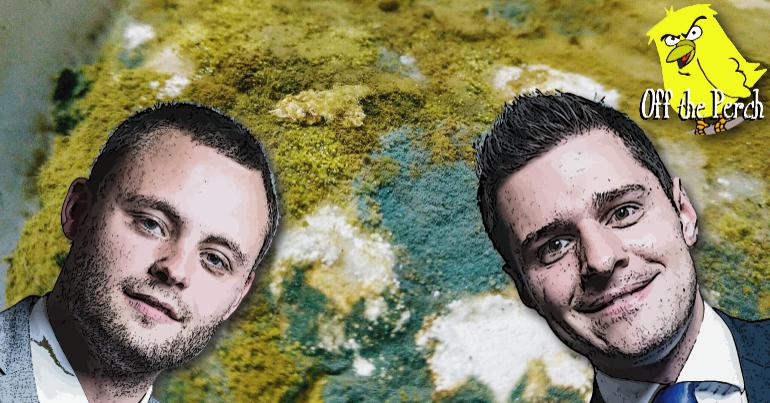 On top of everything else, it turns out that Theresa May eats mouldy jam: 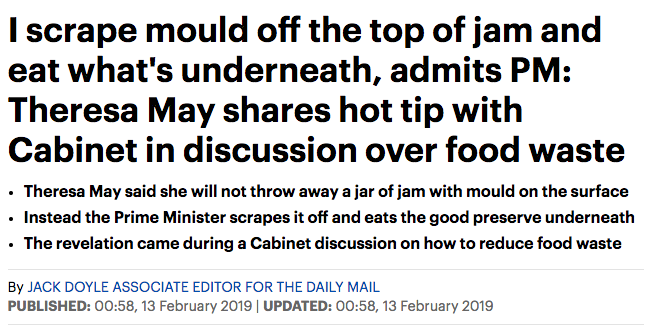 In a passage which stretches the use of the word ‘good’, Mail Online reported:

Well, it turns out it’s not about the jam at all.

It’s often been a source of mystery where young Tory MPs come from. The few that exist – like Ben Bradley here – don’t seem quite normal. They seem almost single-celled in their intelligence: 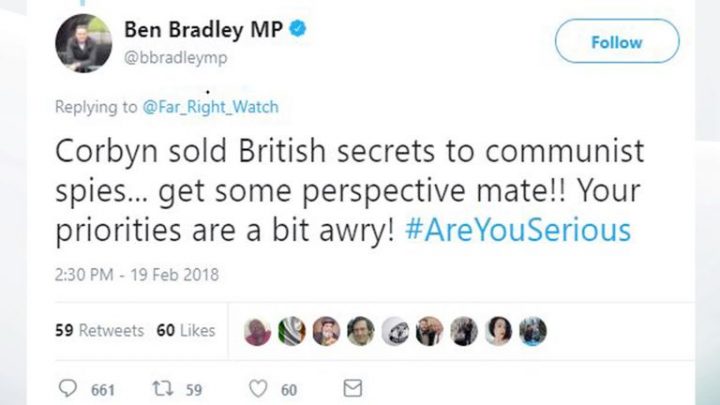 Off The Perch can now exclusively reveal that the PM has been spawning these little weirdos using her gone-off preserves. In a statement to us, May said:

And I would have got away with it too, if it wasn’t for you meddling twats!

We asked exactly what she would have got away with, as these mould-spawned MPs were neither use nor ornament. Her answer was pretty predictable:

Some people have defended eating this horror jam:

Unpopular opinion, but this is fine? https://t.co/JnyDsVMwd7

There are obviously a few problems with this line of thought:

If you yourself have mouldy jam in your cupboards, do us all a favour and toss it before it evolves into the next foreign secretary.