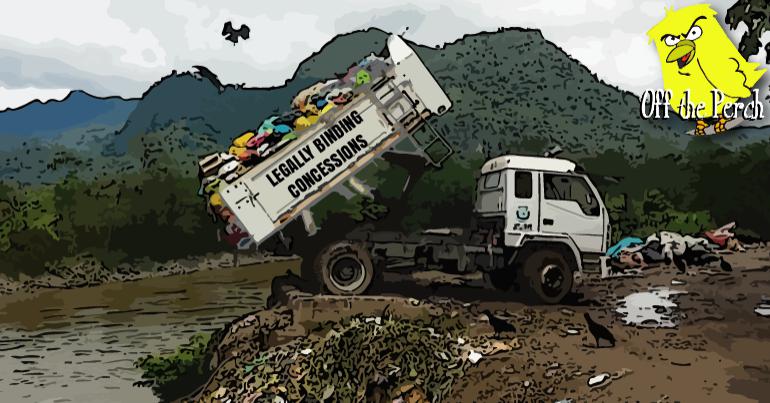 On 11 March, Theresa May flew to Strasbourg to get some last-minute reassurances on her Brexit deal. Going by today’s headlines, you’d be forgiven for thinking she’d done that. But if that’s the case, then why is a very bad smell following her around?

The stench of success

May claims that if we’ve not come up with an alternative by 2020, then we won’t be trapped in the backstop. Even if that were true, what use is that? We’ve not been able to think of a solution in nearly three years – what’s another 21 months going to do?

The PM returned holding her deal up with salad tongs, having wrapped it in a sandwich bag. To everyone there it looked like a packed lunch that had gone feral. It also seemed to be emitting a terrible stench, but May claimed:

That’s just the smell of the European Union. The quicker you agree to my deal, the quicker we get out! Now sign it. Sign it now! QUICK! NO TIME TO READ IT – JUST SIGN!

May tried to avoid letting anyone get a good look at her new contract. Despite that, she did eventually have to hand it over to the attorney general. When he looked at it, he confirmed:

A furious May replied:

She then went on to lose the vote and resign. Unless you’re reading this in the worst timeline, of course; in which case nothing has changed.