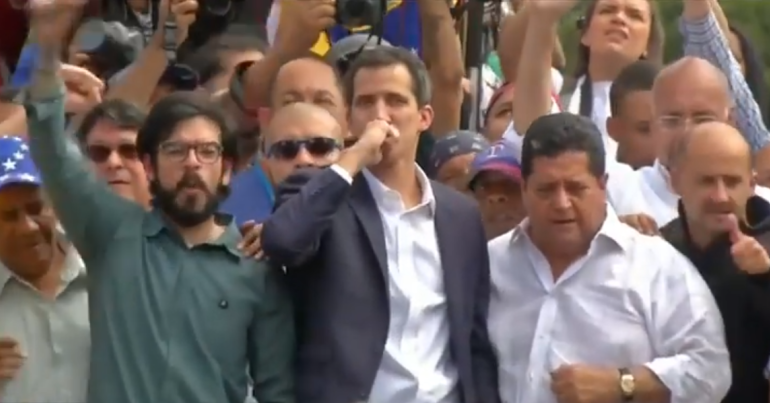 On 7 March, a power cut hit Venezuela after a major and still unexplained failure at the Simon Bolivar hydroelectric plant. US officials used the blackout to condemn Venezuelan president Nicolás Maduro. US national security adviser John Bolton, for instance, claimed:

Venezuela’s electrical grid collapsed and led to country-wide blackouts because of years of Maduro’s corruption, under-investment, and neglected maintenance.

A leaked document discovered by the Grayzone, however, suggests the opposition may be using the blackout “towards their needs”.

According to the memo authored by US-funded “CIA cut-out” organisation CANVAS in September 2010, electrical failures in Venezuela:

would likely have the impact of galvanizing public unrest in a way that no opposition group could ever hope to generate.

A key to [former Venezuelan president Hugo] Chavez’s current weakness is the decline in the electricity sector… water levels at the Guri dam are dropping, and Chavez has been unable to reduce consumption sufficiently to compensate for the deteriorating industry.

This could be the watershed event, as there is little that Chavez can do to protect the poor from the failure of that system.

As Guaidó tweeted revealingly on 10 March, “the light will return once [Maduro’s] usurpation [of power] ends”.

Strikingly, moreover, the Venezuelan opposition tried to include “damage to facilities of the National Electric System” within an amnesty bill in 2016.

A line buried in a New York Times article shows one impact of the sanctions:

The sanctions have affected Venezuela’s ability to import and produce the fuel required by the thermal power plants that could have backed up the Guri plant once it failed.

US sanctions are therefore directly linked to the food and power crises in Venezuela – both of which are being used by the US to justify regime change.

Nine years after its creation, events in Venezuela seem to be following the memo’s script. As Forbes reported:

Though the full details of Venezuela’s blackout remain unknown, it would be unwise to rule out sabotage.