Brexit going as well as expected - The Canary 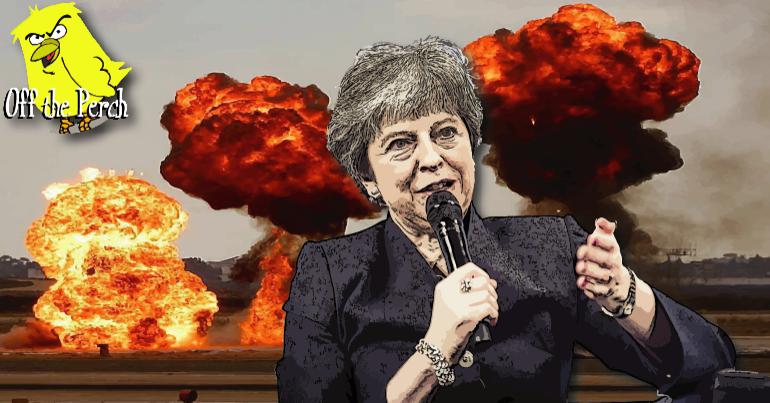 Many people predicted that trying to implement Brexit would be chaos. Although WWIII hasn’t transpired, the shit has definitely hit the fan.

The Tories have mishandled Brexit so gravely that even the media is questioning if the ‘strong and stable’ party is actually just a bit shit. The worst Tory of all is Theresa May – a woman we knew was terrible, but sailed into office on a raft of compliments like:

Now May spends all day hiding around Westminster – leaping out at unsuspecting MPs and screaming:

Her fellow Tories and DUP sidekicks can’t support her deal, though. We’ve reached a point at which their hatred of one another is outweighing their hatred of everyone else.

“I SAY WE ENACT THE WORST BREXIT POSSIBLE!” you’ll hear one of them screaming.

“I DEMAND WE GO ONE WORSE THAN THAT!” someone will reply.

“NO! YOU’RE ALL FUCKING IDIOTS! THE ONLY PLAN WORST ENOUGH IS MINE!” shrieks another.

There’s a scene at the end of Return of the Jedi when Darth Vader – following several decades of genocide and child murder – looks at Emperor Palpatine and thinks:

Fuck this – if I can’t get my own way, I’m gonna throw this cunt down a hole.

This is basically the mindset of a significant number of Tories right now. In other words, expect imminent implosion.