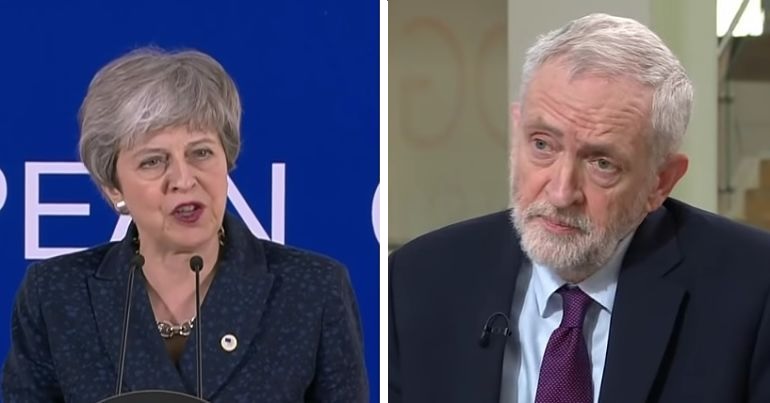 Prime minister Theresa May has had a very ropey week. But the bookies and a by-election just made it go from bad to worse.

According to the Independent, bookmakers make Labour leader Jeremy Corbyn the favourite to replace her as PM. Oddschecker, which draws together odds from the top bookies, put his chances of doing so at 6/1. In fact, Betfair’s odds on Corbyn getting into Downing Street are 4/1. Ladbrokes, meanwhile, has slashed the odds on someone replacing May as PM this year to 1/6. As Ladbrokes’ Jessica Bridge told the Independent:

The bookmakers haven’t only delivered bad news to the current PM though. As calls for May to quit grow within her own party, it’s rumoured that numerous Conservative ministers and MPs are preparing to put themselves up for the position. But Boris Johnson, Michael Gove and Jeremy Hunt – three of the potential candidates – trail behind Corbyn in Oddschecker’s figures.

Meanwhile, the month of May this year is the bookies’ favourite for a general election at 5/2.

Six by-elections also took place on 21 March. And the Conservatives suffered a loss that doesn’t bode well for the party at the possibly imminent general election:

Basildon, the area in Essex in which this by-election took place, was historically known as a ‘bellwether seat’; an area that signalled any shift in the wider electorate. In fact, Basildon was the “nation’s barometer” from the 1970s on. But boundary changes that came into effect in 2010 brought the majority of Basildon together with Billericay for a new seat. The latter is typically Conservative. So, the make-up of the new constituency weakened Basildon’s ‘barometer’ status. Nonetheless, Basildon Labour does claim that its won three out of the three by-elections it’s contested in this municipal year:

One option off the table

The bookmakers’ odds and by-election results come amid an agonising week for May. Parliament, and, indeed, the country, is extremely splintered over her command of the Brexit process. So she’s now reportedly considering offering no less than seven different Brexit options to MPs in parliament. They include her doomed deal (if the speaker allows a vote on it), two deals with additions the Labour Party has argued for and a second referendum. Meanwhile, ITV reports that May is considering removing her deal as an option entirely.

Notably, the current PM’s seven options don’t include the option of a 2019 general election. The odds that May has kept that off the table because she knows she would lose are probably 1/1.