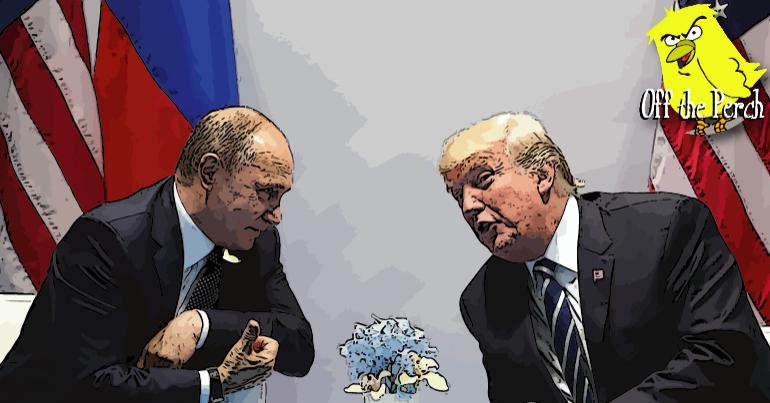 Following a two-year investigation, Robert Mueller has apparently found that Donald Trump didn’t collude with the Russians. Which is good to know, right? Unless you’re one of the people who pursued this angle at the cost of building a progressive alternative:

Worth noting that the journalists who worked hardest to unpick overblown claims of Trump-Russia conspiracy ( Like @aaronjmate @ggreenwald & more) are big Trump opponents – they wanted to stop Dems going up what they saw as a blind alley & giving Trump a gift. https://t.co/MaW5x9BAUV

Although we’ve not read it yet, the Mueller report allegedly claims:

A legal expert told Off The Perch:

Look – we can’t impeach the president for obstructing a crime he didn’t commit. Not even Judge Judy would try that case. We know because we asked her.

As our legal friend explained:

Corrupt institutions are generally pretty relaxed about corruption. Obviously we need to point out wrongdoing, but expecting the criminal classes to enforce the crimes of their peers is like waiting for a tiger to eat itself.

Of course, it’s worth pointing out that Nixon got ousted. It’s also worth noting he was dumb enough to record himself doing crimes, and that he still got pardoned.

So yeah – don’t expect normality to resume any time soon. Things haven’t been ‘normal’ since forever.

Featured image via The Kremlin