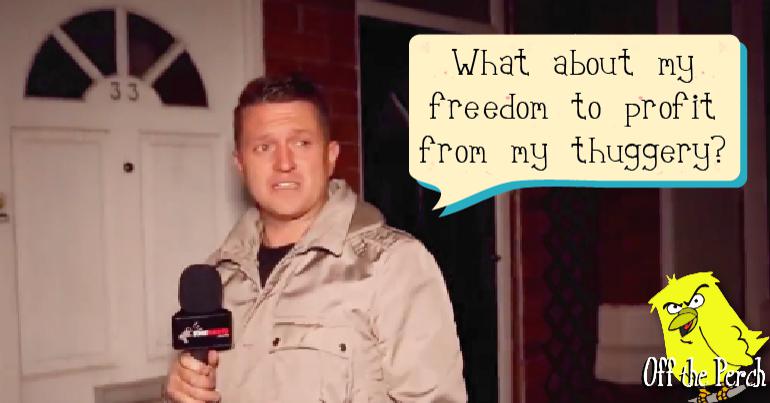 Now, however, YouTube has said it will reduce the amount of money it makes from such thuggery. As such, Mr YouTube can probably expect an angry, wet-look goon at his door in the near future.

YouTube has said it will stop recommending Yaxley-Lennon; it’s also removed his ability to livestream. You can still find pre-recorded videos of him up to no good, however, so don’t worry – people are still making money.

Our company walks a fine line between promoting outright-fascism and society not collapsing. If the fascists do too well, they’ll murder us in our sleep. If society does too well, people are far less inclined to hate-click our videos.

It’s a fine line, and here at YouTube, we’re proud to say we’ve made a tonne of money with only some major detriment to society.

Some people argue that ‘de-platforming’ hate figures only makes them stronger. This ignores the career trajectories of Milo Yiannopoulos, Baked Alaska, and Paul Golding.

If you’ve never heard of those losers, it’s because de-platforming works.