Mike Ashley in talks to buy the Conservative Party - Canary 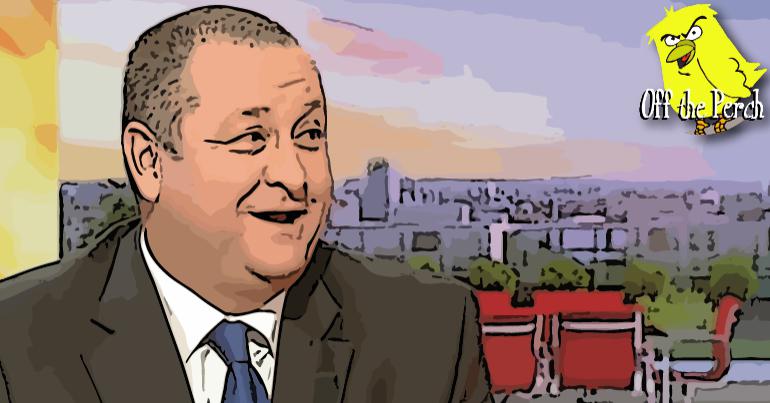 It’s been a rough time for the Tories. Their leader has no idea what she’s doing; the cabinet is divided; the backbenchers have gone feral; and the membership is increasingly just Nigel Farage with a series of fake moustaches.

So could this be it for the party?

Perhaps not, as billionaire cockroach-capitalist Mike Ashley has expressed an interest in buying it.

Ashley is known for bailing out failing businesses (and treating his employees like Victorian child labourers). He told Off The Perch:

I don’t know how it’s gone so badly for them. They could be raking it in – all they have to do is lower the highest tax rates and cream off the donations. Instead, they’ve turned Brexit into a weird death cult and gone around torturing disabled people.

There’s gonna be a lot of layoffs. The PM; the cabinet; the MPs – all fucking useless. I’ve spoken to my team, and they reckon we can replace the lot with an alarm clock that goes off once a year and reminds some civil servant to lower taxes.

Of course, there’s more to politics than just implementing policy. When asked how the Tories would fight elections with no physical politicians, Ashley answered:

We’ll let the mainstream media worry about that.