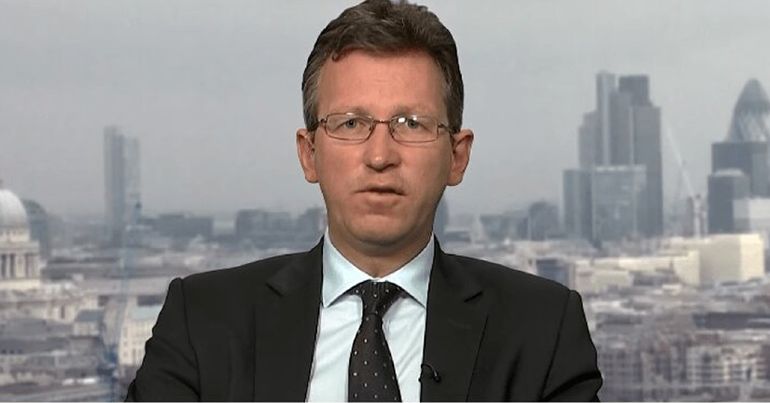 The embattled Conservative minority government has announced plans to censor the internet. On 8 April, culture secretary Jeremy Wright delivered a speech at the British Library at the launch of the Online Harms white paper. And one particularly chilling line stood out.

Wright said that the government would outright ban websites through:

a regulatory approach designed to encourage good behaviour as well as to punish bad behaviour.

Chillingly, this looks like the state preparing to censor content it perceives as negative or unfavourable. The white paper proposals seek to establish an ‘independent’ body to enact the regulation. But it’s unclear who will define “good” and “bad” behaviour on the internet and on what basis. It’s also unclear how the body will be truly independent and representative of the diversity of opinion on the internet. As well as blocking websites, other punishments will include “substantial fines” and “meaningful sanctions”.

Disinformation is not new

Wright also lists ‘undermining civil discourse’ as one of the ways the internet can be a problem:

In many ways it is a powerful force for good. It can forge connections, share knowledge and spread opportunity across the world.

But it can also be used to promote terrorism, undermine civil discourse, spread disinformation, and abuse or bully.

But if the civil discourse is legitimate then it should be able to withstand criticism. And when it comes to promoting terrorism and disinformation, that’s not a problem which simply arose with the internet. The corporate media promoted the government’s disinformation campaign to terrorise Iraq and privatise its oil supplies. The declassified Iraq media strategy shines a light on this: 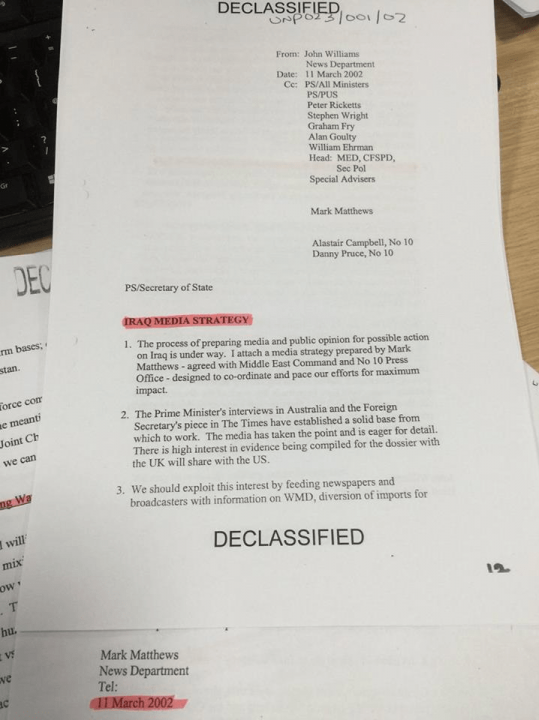 Former foreign office head of news John Williams wrote that letter over a year before the government declared war. The strategy specifically focused on “papers like the Guardian” to give greater legitimacy to the “weapons of mass destruction” fabrication.

Free speech on the internet, meanwhile, can act as an important counterbalance to such disinformation. Responding to the government’s new plans, Jim Killock, executive director of the Open Rights Group, said:

The government’s proposals would create state regulation of the speech of millions of British citizens. We have to expect that the duty of care will end up widely drawn, with serious implications for legal content that is deemed potentially risky, whether it really is nor not.

The proposals also risk breaking binding international law. The UK is a member of the International Covenant on Civil and Political Rights. And Article 19 states:

1. Everyone shall have the right to hold opinions without interference.

2. Everyone shall have the right to freedom of expression; this right shall include freedom to seek, receive and impart information and ideas of all kinds, regardless of frontiers, either orally, in writing or in print, in the form of art, or through any other media of his choice.

The Conservative government rails against a ‘nanny state’ when it comes to education, healthcare and the rights of disabled people. But, at the same time, it’s quite happy to spy indiscriminately on British people and censor the internet. Given the partnership between the traditional media and pro-establishment government, these proposals must be met with extreme caution.