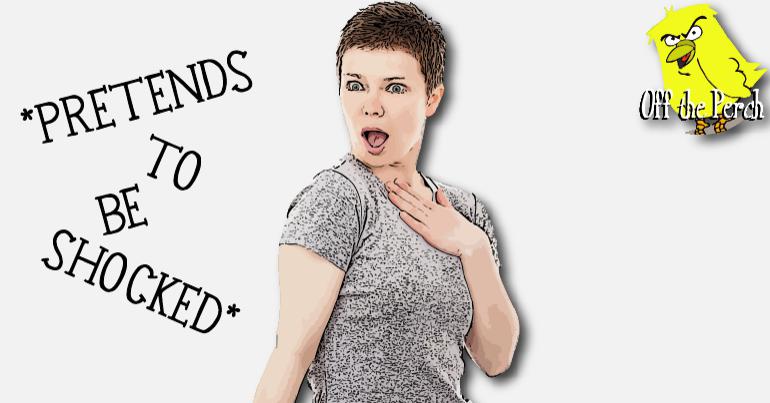 The Tory adviser Roger Scruton indulged in some choice racism the other day – a move which saw him lose his position:

On Roger Scruton and his defenders:

– There is no context in which it is ok to refer to a “Soros empire” (an anti-semitic trope).

– Or to refer to Chinese people as replicas of each other (a racist trope).

– Or to refer to Islamophobia as a “propaganda word” + Muslim “tribes”.

He’s previously shown himself to be homophobic:

After his rampant Islamophobia, antisemitic tropes and gratuitous anti-Chinese racism, Tory advisor Roger Scruton has finally been sacked by the Tory Party.

But they did nothing last November – when Scruton said homosexuality wasn't "normal" and Islamophobia was "invented". https://t.co/pUQoxvB48j

The issue for the Tory Party seems to be that he’s a little bit too open about these opinions:

So No10 is basically saying if people hadn’t been so outraged about Roger Scruton’s racist comments he’d still be advising the Government. Wow. https://t.co/L8rA8rLefA

But how has the media responded given its recent dedication towards rooting out racism, antisemitism, and homophobia?

There doesn’t seem to be any…

Although I have found… err… this:

Scruton is a terrific writer. His book on aesthetics is first rate. I like his short history of western philosophy. And he writes well about Kant. Plus, his late critique of libertarianism is persuasive. https://t.co/gI45hcSvjQ

This seems a little strange. The media has gone to town on any hint of racism in the Labour Party. It also had a lot of opinions about mainly Muslim parents protesting LGBTQI+ schooling.

So does the media actually care about these issues? Or were they just an excuse to bash Labour / Muslims?

We spoke to the Sun’s editor-in-chief to find out – one Toby Greasefingers:

The Sun has always stood against bigotry. Or stood near it, anyway. Sometimes it may have looked like we were standing behind it, but that’s just you looking at us from the wrong angle.

For whatever reason, a man who works for the Tory government being openly bigoted isn’t as important as some random Twitter account who may or may not be a Labour member / bot doing the same thing.

Although, to be fair, a Tory being reprehensible is a bit of a ‘dog bites man’ story.