Assange's arrest shows us very clearly who supports freedom of speech, and who doesn't - Canary 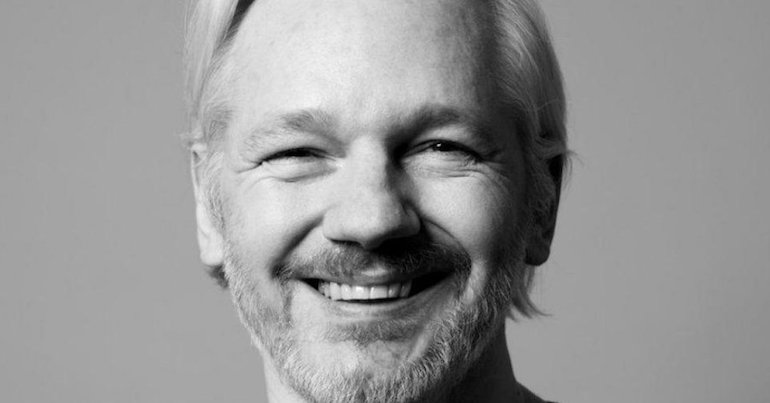 On 11 April, police arrested WikiLeaks founder Julian Assange at the Ecuadorian embassy in London. It’s since emerged that the US government is trying to seek his immediate extradition. Assange’s arrest – and people’s responses to it – show just how crucial this is to the fight to protect free speech. And it exposes which side people are on in that battle.

Assange had diplomatic asylum and had lived at the embassy since 2012, eventually gaining Ecuadorian citizenship. As The Canary reported recently, Assange already suspected he may soon face eviction. This came following allegations of corruption against Ecuadorian president Lenín Moreno.

Moreno is reportedly behind the orders that allowed Metropolitan Police to enter the embassy and arrest Assange. Rafael Correa, Ecuador’s former president, called Moreno a “traitor”:

I am in shock..
I couldn’t hear clearly what he said?
He looks very bad.
How could you Equador ?
(Because he exposed you).
How could you UK. ?
Of course – you are America’s bitch and
you need a diversion from your idiotic Brexit bullshit.

WikiLeaks is an independent media organisation that publishes information from whistleblowers. It released documents on governments across the world including the US, Iran, Kenya and China, as well as on the UK far right.

In 2007, it published Standard Operating Procedures for Camp Delta, a US army manual for soldiers working at Guantanamo Bay. This prompted widespread concern over human rights abuses at the notorious facility.

The work that Assange and Wikileaks produced has reshaped the debate about the abuses of powerful states, especially the US, in the context of the War on Terror. Without such courageous work, the awareness of unspeakable crimes, let alone the small semblance of accountability that we have seen, would have never happened.

In 2012, WikiLeaks shocked the world when it shared horrific video footage from Iraq in 2007. This showed US helicopter pilots laughing as they targeted and shot Iraqi civilians. The attack “resulted in 12 dead civilians, including a Reuters’ journalist and cameraman”. Chelsea Manning is also currently in jail for her role as a whistleblower in some major WikiLeaks exposés:

Julian Assange and Chelsea Manning exposed the US government killing civilians (journalists), then doing a 'double tap' and killing the first responders – and laughing about it. They unmasked the vicious deep state and deeply embarrassed them. So they're being persecuted for it.

So both Chelsea Manning and Julian Assange are currently under arrest. Assange's case is not simple , but the fact that the two people who helped expose multiple murders in Iraq and Afghanistan are under arrest, but the people who ordered the murders are free is not good.

If you're happy to live in a world where Chelsea Manning and Julian Assange are languishing in jail for exposing US war crimes, while Tony Blair and George W Bush are swanning around the world receiving the red carpet treatment, then I suggest you "read some fucking Orwell".

If UK hand over a journalist for exposing crimes of the state, press freedom is dead.

But there is hope. We can win this. Public opinion is important so disinformation will now go into overdrive. Fight it

This is an attack on all of us. If you're silent, you're complicit pic.twitter.com/ScV9SJoWsf

Meanwhile, others pointed out the complexities of Assange’s case, which involves several governments. His legal position is also unique:

Julian is in custody for breaching bail conditions imposed over a warrant that was… rescinded. Anyone else would be fined & released. Except that JA's persecution is all about challenging our right to know about the crimes governments commit in our name.https://t.co/7duQodMPlt

As The Canary recently reported, UN special rapporteur on torture Nils Melzer has warned the UK government about possible violations of a journalist’s human rights in the possible case of Assange’s arrest.

On 6 April, Melzer pointed out that Assange could be at risk of “torture and other cruel, inhuman or degrading treatment or punishment”. As Snowden also pointed out, in December 2018 the UN ruled that his detention was “arbitrary, a violation of human rights”:

Important background for journalists covering the arrest of Julian #Assange by Ecuador: the United Nations formally ruled his detention to be arbitrary, a violation of human rights. They have repeatedly issued statements calling for him to walk free–including very recently. pic.twitter.com/fr12rYdWUF

Yet immediately following the arrest, leading Conservatives launched a vile attack on Assange, fully supporting his arrest. Theresa May ‘welcomed the news’:

UK Prime Minister Theresa May says WikiLeaks founder Julian Assange's arrest shows that no one is above the law pic.twitter.com/IOGCc0lrpw

Yet shadow home secretary Diane Abbott defended Assange. She wasn’t afraid to point out that he hasn’t been found “guilty” of anything other than exposing the truth:

This is what Julian Assange and Wikileaks are 'guilty' of, exposing the murderous outcome of the US military assault on Iraq. States don't have the right to kill willy-nilly. Whistle blowers do us all a service https://t.co/9bFhzgKf89

And WikiLeaks reminded everyone of an even bigger truth:

This man is a son, a father, a brother. He has won dozens of journalism awards. He's been nominated for the Nobel Peace Prize every year since 2010. Powerful actors, including CIA, are engaged in a sophisticated effort to dehumanise, delegitimize and imprison him. #ProtectJulian pic.twitter.com/dVBf1EcMa5

We should commend Assange for the work WikiLeaks has done. And we must oppose the attempts to gag him. Because his arrest – and what happens next – could be critical in determining the future of free speech.