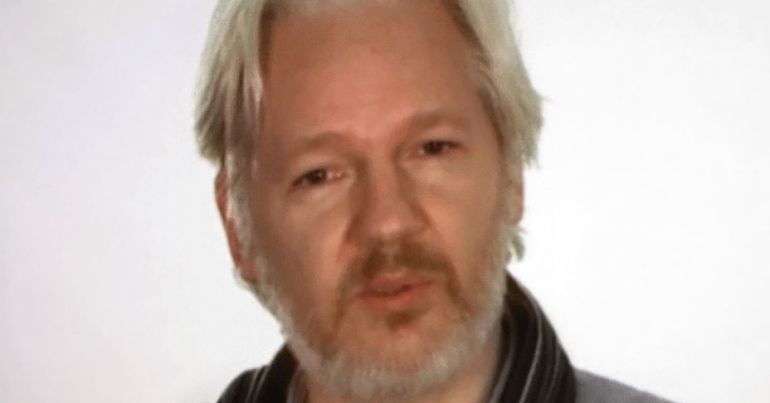 The Met Police has confirmed that the UK has received an extradition request from the US relating to WikiLeaks founder Julian Assange. This follows the arrest of Assange after Ecuador withdrew his asylum in its embassy. The US authorities have also now specified the charge that Assange will face if the extradition proceeds. That charge relates directly to the leaking of documents by whistleblower Chelsea Manning.

As investigative journalist Glenn Greenwald notes, the US indictment amounts to “the criminalization of journalism”. Greenwald says it is a “huge attack on press freedom”. One that could affect media outlets around the world.

The arrest came one day after WikiLeaks revealed that Assange had been placed under surveillance and that the organisation was the target for extortion of €3m.

It also comes a week after Ecuador’s president Lenin Moreno was implicated in a corruption scandal.

It transpires that the idea of Ecuador evicting Assange was raised in May 2017 when Donald Trump associate Paul Manafort visited Quito, Ecuador. There he discussed the matter of Assange with Moreno, as well as ways of easing Ecuador’s growing debt.

Meanwhile, a 1,172-page application for “precautionary measures” seen by The Canary reveals that federal prosecutors have in recent months formally approached people in the US, Germany, and Iceland to testify against Assange in return for immunity prosecution.

Those approached are associated with WikiLeaks‘s joint publications with other media outlets about US diplomacy, Guantanamo Bay, and the wars in Iraq and Afghanistan.

Chelsea Manning is currently incarcerated for refusing to testify to a Grand Jury about WikiLeaks and Assange.

Just after midday on 11 April 2019, the Metropolitan Police confirmed the extradition request.

Assange will next appear via video link at a hearing on May 2 regarding extradition.

According to its extradition laws, the UK must ensure that the “possibility of a domestic prosecution has been properly explored”. And a court can prevent an extradition where:

a substantial measure of the requested person’s conduct was performed in the UK and where it is in the interests of justice to do so.

The bulk of Assange’s work has happened whilst he has been residing in Europe.

The US Attorney’s Office Eastern District of Virginia released a statement specifying the charge that Assange is to face once he is extradited. This is:

conspiracy to commit computer intrusion for agreeing to break a password to a classified U.S. government computer.

Specifically, the unsealed indictment states that in March 2010, Assange:

engaged in a conspiracy with Chelsea Manning, a former intelligence analyst in the U.S. Army, to assist Manning in cracking a password stored on U.S. Department of Defense computers connected to the Secret Internet Protocol Network (SIPRNet), a U.S. government network used for classified documents and communications.

But as Greenwald also points out:

The DOJ says part of what Assange did to justify his prosecution – beyond allegedly helping Manning get the documents – is he encouraged Manning to get more docs for him to publish. Journalists do this with sources constantly: it's the criminalization of journalism pic.twitter.com/GXNjWlkFZw

According to the statement, if found guilty, the accused could face a maximum of five years imprisonment.

Greenwald is right – this is an attack on press freedom. One that’s of particular concern to media outlets that published documents simultaneously with WikiLeaks. These outlets include high profile publications such as the Guardian (UK), Bureau of Investigative Journalism (global), and Channel 4’s Dispatches (UK). As Defend WikiLeaks commented:

Assange’s co-publishers at Der Spiegel, Le Monde, New York Times, Espresso and The Guardian, among others, will also risk immediate prosecution in (and extradition to) the US. The prosecution of Assange will have a profound chilling effect on the press and national security reporting. Publishers should not be prosecuted, in the US or elsewhere, for the “crime” of publishing truthful information.

Any prosecution by the United States of Mr. Assange for Wikileaks’ publishing operations would be unprecedented and unconstitutional, and would open the door to criminal investigations of other news organizations.

In a 2015 article published by the Guardian while she was still incarcerated, Manning crucially observed:

when I was court-martialled for providing government documents and information that I felt were in the public interest to a media organization, the government charged me with “aiding the enemy” – a treason-related offense under the US constitution and military justice system that even civilians may be charged with. During one of my pre-trial hearings in January 2013, the military judge in my case, US Army Colonel Denise Lind, asked the government lawyers: “Does it make any difference – if we substituted Wikileaks for The New York Times: would the government still be charging this case in the manner that it has and proceeding as you’re doing?” An assistant trial counsel for the government answered a straightforward “Yes, Ma’am”.

Indeed, the prosecution of Assange could open up the floodgates globally and threaten press freedom everywhere. We are warned.