Ireland's international neutrality should be in its constitution, argues Sinn Féin - Canary 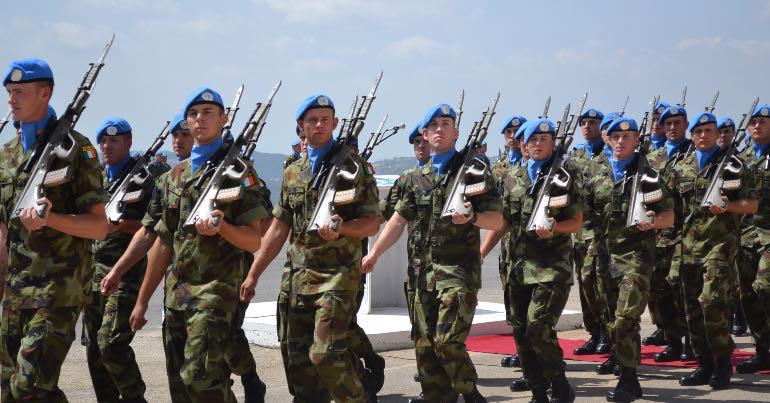 Members of the Irish parliament have tabled a bill that would embed international neutrality in the Irish constitution.

The bill has been put forward by Seán Crowe and Aengus Ó Snodaigh of Sinn Féin. Ireland has technically been neutral since the state’s founding. But Sinn Féin has argued that over the years Irish governments have “eroded” Ireland’s neutrality. This includes allowing the US military to use Shannon Airport as a stop-off and refuelling point for its aircraft transporting troops to and from the Middle East. During the invasion of Iraq, then US secretary of defense Donald Rumsfeld even visited Shannon Airport to meet US troops on their way to Iraq.

The bill states that Ireland will never participate in or declare a war unless:

it is immediately necessary in defence of the State and with the assent of Dáil Éireann.

To this end the State shall, in particular, maintain a policy of non-membership of military alliances.

Why Irish neutrality is important

A Sinn Féin member of the European parliament (MEP) argued on Twitter why Irish neutrality is important:

Today TDs will vote on Sinn Féin’s bill on Irish neutrality; by supporting they will be protecting Ireland’s reputation, making our people safer and saving us millions! What side will Fianna Fáil & Fine Gael be on? pic.twitter.com/E82fY0M4rd

Another Sinn Féin MEP, Liadh Ní Riada, said much of the same, noting that:

The surest and best way to protect Irish Neutrality is to have it enshrined in the Constitution.

Sinn Féin has declared that it’s time for Irish people themselves to have a say on neutrality:

It is high time for the Irish people to have their say on this issue before we are sleepwalked into a European Army in the future. pic.twitter.com/meQ7lYwkI8

Ó Snodaigh, one of the bill’s sponsors, has pointed to the possibility of Ireland being part of an EU-wide army:

And during the debate on the bill, Ó Snodaigh called on the government to:

Put it to the people; what has the Government got to be afraid of?

The context for this is Ireland’s increasing involvement with EU military initiatives. Ireland has joined the Permanent Structured Cooperation (PESCO). As a result, this commits Ireland to increasing its spending on military and defence. The Irish prime minister, Leo Varadkar, has gone on record defending this arrangement:

Quite simply, he said:

We want to be involved in PESCO.

But Irish MEP Luke “Ming” Flanagan has previously warned about the dangers of PESCO:

And more to the point, he argued that PESCO has nothing to do with peace:

PESCO IS NOT ABOUT PEACE, IT IS PREPARATION FOR EU WARS. https://t.co/ae16ys7iJl pic.twitter.com/bdQpX6cv7Q

No neutrality and no security

The government has said that it’s against Sinn Féin’s bill. Because of this, Ireland will likely stay involved with PESCO and more EU militarisation.

There are many people in Ireland who agree, however, that the country will not become more secure by abandoning its neutrality.