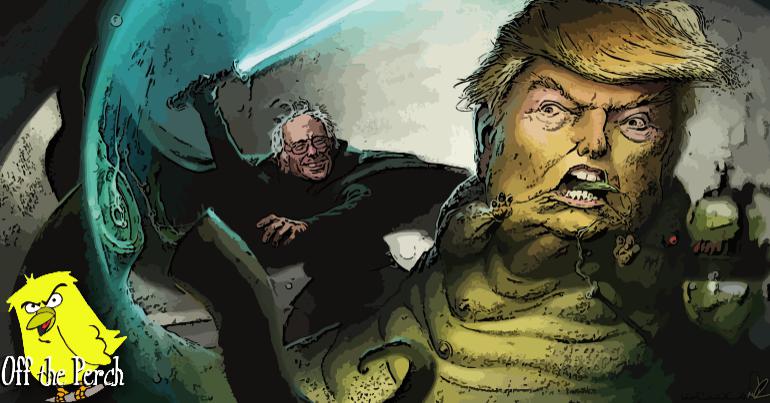 Intergalactic space slug Jabba the C*nt will visit the UK in June. The slimy invertebrate expects our dignitaries to show him the works. Golden bikinis, in other words. But some politicians refuse to dance down his greasy pole. Jeremy Corbyn is among them.

Jabba is known for many things. They include:

Some called Corbyn a hypocrite. After all, the Labour leader has spoken to several other space monsters. Corbyn himself replied:

That’s true, but I didn’t wear a golden-fucking-bikini for them, did I?

Theresa May has remained silent on the matter. She would. The local elections are coming up, and her strategy is to hope people forget she exists.

Reports have come in that she’s been measured for a golden swimsuit. One aide told us:

Most people can see the difference between discussing state matters with Jabba and doing a lapdance in his honour. The tabloids can’t: 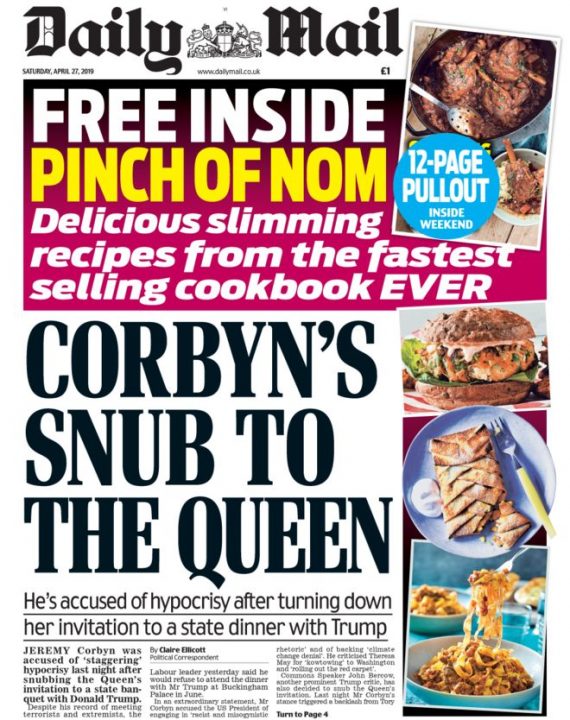 Then again, their editors aren’t technically ‘people’. As far as we can tell, they’re the aliens from the trash compactor. Shit-eating garbage monsters, in other words.