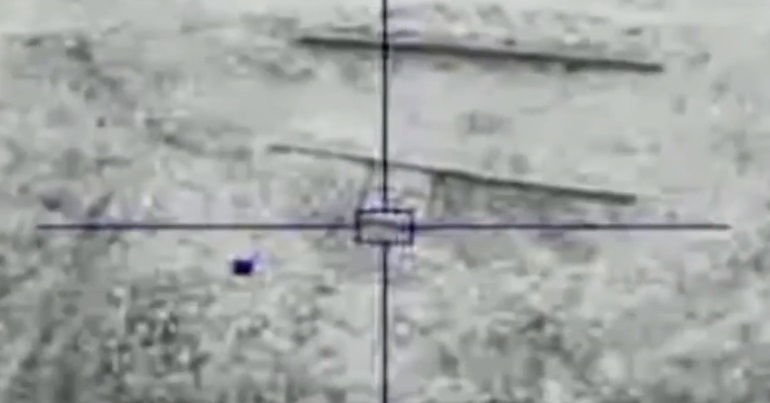 A leaked military intelligence report has revealed the significant role that Western arms play in the Saudi-led destruction of Yemen.

The Intercept and French investigative journalists Disclose published the 15-page confidential report by the Direction du Renseignement Militaire (the French Directorate of Military Intelligence – DRM). One of the key takeaways of the DRM report is that, if Britain, the US, and France stopped providing military and logistical support to Saudi Arabia and the United Arab Emirates (UAE), the war on Yemen would end.

Western assistance is essential to the war

According to the Intercept‘s Alex Emmons, the DRM report (dated 25 September 2018) reveals that:

Saudi Arabia and the United Arab Emirates are overwhelmingly dependent on Western-produced weapon systems to wage their devastating war in Yemen.

Many of the [weapons] systems listed [in the DRM report] are only compatible with munitions, spare parts, and communications systems produced in NATO countries

Therefore, if the US, UK, and France stopped supplying Saudi Arabia and the UAE, it could take decades to restructure their weapons systems and training before they could use Russian or Chinese weaponry.

The DRM report outlines French military assistance. But Emmons writes that the report doesn’t say whether there have been civilian casualties caused by French military equipment.

The UK-based Campaign Against Arms Trade (CAAT) reports that:

The UK has licensed over £4.6 billion worth of arms to Saudi Arabia since the bombing [of Yemen] began in March 2015.

And Emmons writes that:

Disclose says that the DRM report puts the number of the Saudi-led coalition airstrikes at 24,000; though this number will have increased since the report was published in September 2018.

In addition to the U.S., the U.K., and France, the report mentions radar and detection systems from Sweden; Austrian Camcopter drones; defensive naval rockets from South Korea, Italian warships, and even rocket launcher batteries from Brazil.

30% of [Saudi-led] bombing raids were against civilian targets. The intent of the coalition was clearly to destroy infrastructures that are essential for the survival of Yemen’s population of 28 million people.

The war has already displaced over 3.6 million people, created the world’s largest recorded cholera epidemic, and killed tens of thousands of Yemeni men, women, and children.

The Armed Conflict Location & Event Data Project (ACLED) collects data regarding conflict zones. On 13 April 2019, ACLED recorded 70,200 fatalities since 1 January 2016. Saudi Arabia began its assault on Yemen in March 2015, and as such the death toll would not reflect the total killed as a result of the war. ACLED also reports that:

civilians have not been killed as collateral damage as often happens in conflict but have been directly targeted largely by the Saudi-led coalition. This would not be possible without the support of the United States of America which has provided not only three out of every five weapons that is being used in Yemen, but is also providing a whole variety of additional support to the Saudi-led coalition. This includes mid-air refueling of the jet fighters that are dropping the bombs and missiles. It includes intelligence support and perhaps most damning of all, it includes assistance with targeting.

CAAT recently argued in the UK Court of Appeal that British arms sales to Saudi Arabia are illegal, though the court has yet to make a decision on the matter. The UK, US and French governments, meanwhile, will likely contribute to the ongoing destruction of Yemen for as long as they deem it profitable. So without significant political pressure from the wider public, there seems to be no end in sight for this disastrous war.