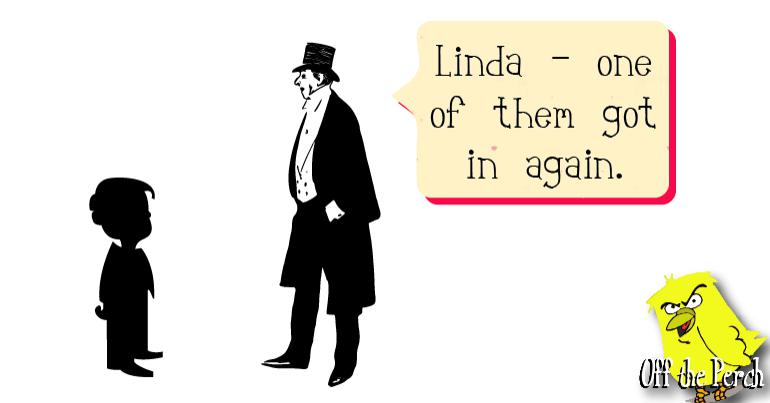 An important story in Rupert Murdoch’s Times has warned us that THE POOR PEOPLE ARE COMING!!!

Although, by ‘warned us’, I do of course mean ‘warned anyone with the money to abandon their offspring in a private boarding school’. But still, pretty terrifying, right?

You might even say that pushing for our (allegedly) best universities to reflect society is AS BAD AS NAZISM:

The Times have actually run a front page story not only claiming that the privately educated are being discriminated against by Oxbridge – but that pointing out people who went to private school dominate society is akin to Adolf Hitler's persecution of the Jews. pic.twitter.com/3cuMn3h4IS

One of these marginalised elites told us:

What’s the point of earning 50,000 times more than the average British citizen if my children have to go to school with literal slum donkeys? I did some questionable things to earn my riches. If Britain stops rewarding the mega-rich for being smart enough to avoid tax, then I’ll just go and avoid tax somewhere else.

Of course, not all rich people are criminal. Some are just a drain on society – hoarding money away in bank accounts where it’s of no use to anyone. Some even recognise that. One of them admitted to us:

Growing up rich and going to Cambridge, I thought I was a special person – a smart person. I believed I had a god-given right to lead. I’ve gone on to lose the nation billions and billions of pounds. Maybe if I’d encountered working class people sooner, I’d have realise I was actually just a useless fuckwit with no idea how to do anything.

This person asked to remain anonymous. But we can say their name rhymes with ‘Kris Greyling’.

So, are the elites of Britain a marginalised group being disadvantaged by the downtrodden people they tread upon? The short answer is no. The long answer is NOOOOOOOOOO.