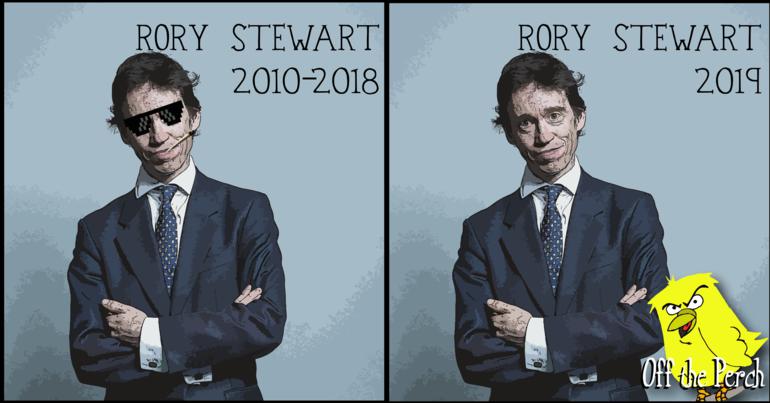 PM hopeful Rory Stewart has some appeal. Or at least he does to the journos who hunger for Tony Blair 3.0, anyway. The reason he has this appeal is that he looks comparatively bland and blathers on about nothing – exactly the sort of shite the establishment laps up.

.@RoryStewartUK says ‘love’ is the keyword to healing divisions in the country. #bbcqt pic.twitter.com/ujBJe4xKCK

There is a problem, though – namely that his voting record doesn’t match up with his bland nothings. A fact which Stewart is now trying to excuse:

Rory Stewart has revealed he smoked opium in Iran as the Tory leadership contender embarked on the latest leg of his round-Britain tour https://t.co/UpxI1GwEqh

Speaking to one of the several thousand journalists he has on speed dial, Stewart explained:

Between 2010 and two weeks ago, I’ve been completely out of my mind on opium. So all the times I voted in favour of austerity or killing disabled people – that wasn’t me – it was the opium voting.

Hopefully this revelation shows the kids that I’m down with them. Kids still smoke opium, right?

When asked if his alleged opium habit should disqualify him from office, Stewart said:

Things can only get better.

For some reason, this answer came across as adequate to the person interviewing him. This support is unlikely to do him any favours among the people actually voting, though – namely the Tory membership.

Cruelly, the media is giving Stewart the same sort of hope they gave Liz Kendall and Owen Smith – i.e. ‘false’.