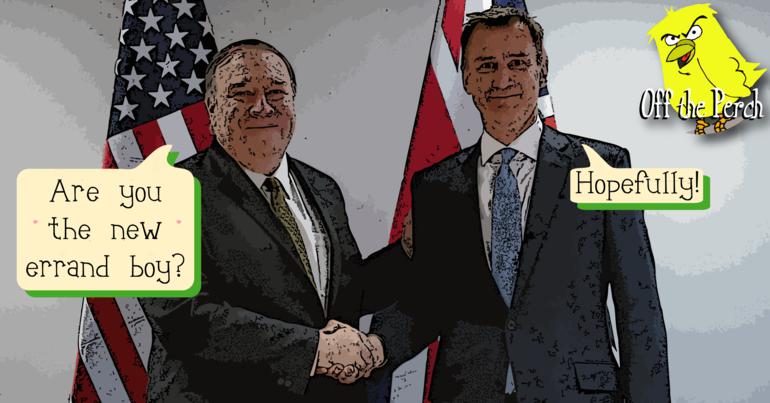 Jeremy Hunt is trying to show what big, massive balls he has by talking about ‘war’ and ‘defence’ and shit. As part of that, he’s released a statement showing what a tough guy he is. He said:

I am prepared to go to war with anyone – that’s anyone – who America tells me to.

Wearing a leather pilot jacket he’d got from somewhere, Hunt said more about his impressive hardness:

All these dictators around the world need to listen up and learn that Jeremy Hunt is a man who isn’t afraid of them. No – he’s afraid of America, and willing to do whatever it commands. As America is prone to carrying out some pretty horrendous acts, that should be cause for concern for everyone!

To prove his violent obedience, Hunt proceeded to run around a show-dog course while holding an AK47. Confused onlookers watched as the strange man crawled through tubes and leapt over hurdles – occasionally tripping up and firing wildly into the air.

Hunt’s total subservience has not gone unrewarded. When Donald Trump found out how thoroughly Hunt was willing to humiliate himself, the president shrugged his shoulders and said:

We may never know why Tories rally for ‘sovereignty’ while hungering to be the US’s lapdog. Unless it’s because they’re a bunch of imperialist cowards who want the protection of a bigger bully, of course. In which case the answer is obvious.