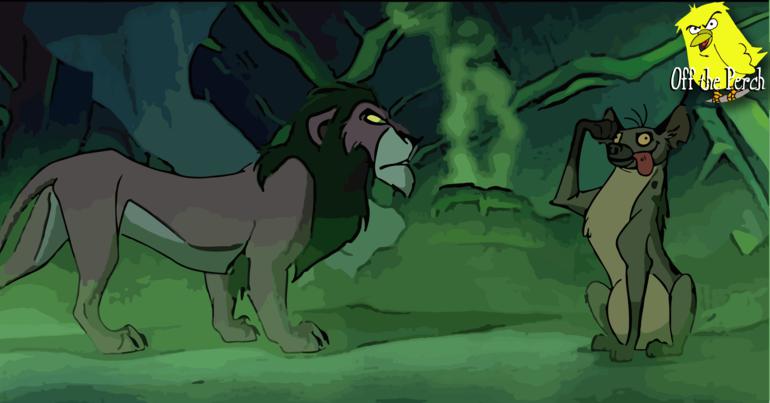 Despite stiff competition from May and Cameron, Boris Johnson has formed what may be the worst cabinet of all time:

This isn't a cabinet. It's a medieval torture chamber. #cabinetreshuffle

But where did Johnson get the idea for this coalition of treacherous morons? Surprisingly, the answer is Walt Disney.

Johnson has blatantly ripped off The Lion King (which is itself very possibly ripped off Japan’s Kimba the White Lion). When asked why he’s opting to mimic the political strategizing of an evil cartoon lion, Johnson said:

After this Scar fellow took power, he just kind of lounged around while the lady lions and hyenas did all the work. I really quite fancied that.

It was pointed out that while Scar did this, the entire Pride Land fell into something of a post-apocalyptic nightmare. Johnson continued:

Oh did it? I didn’t really notice. I just saw that everyone brought fresh meat to the wily Scar while he did naff all. Did you know Scar went to Oxford? We goaded the same homeless man with a burning £50 note two years apart.

Moving past that, Johnson was questioned as to whether he cared that the hyenas ultimately ended up eating Scar alive – ripping him to pieces with their sharp teeth.

“Oh did they?” a yawning Johnson asked. “I’m afraid I’d dozed off by that point. It’s all this meat I’m gorging myself on – it really is making me rather… sleepy…”

As the PM fell asleep, Dominic Raab and Priti Patel entered the room. They each had an arm of the community nurse they’d just taken down in their mouth. Despite having recently eaten, both still looked hungry.