After years of Corbyn smears, the BBC has lost the hearts and minds of Britain's young people - Canary 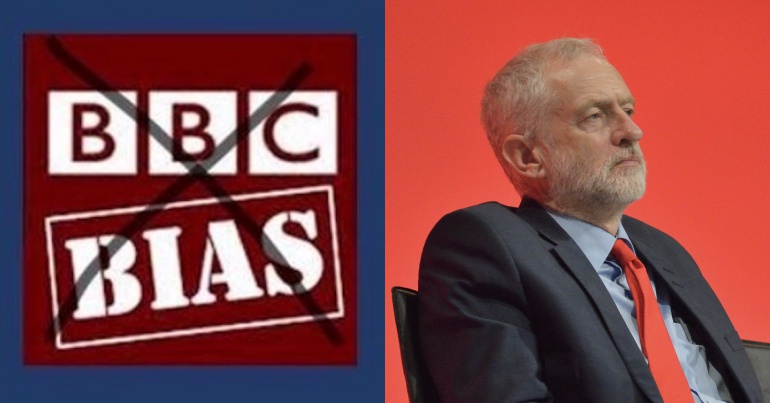 A new report reveals that the BBC and other establishment news outlets are losing their grip. Young people, in particular, have turned their backs on televised news. And this comes at a time when it’s never been so important not to lose their hearts, minds, and political energy.

Another significant finding revealed that young people and those from BAME communities are leading this trend and abandoning TV as a news source:

Use of TV for news is much more likely among the 65+ age group (94%), while the internet is the most-used platform for news consumption among 16-24s and those from a minority ethnic background.

Although BBC One remains the most widely used source overall this has “also decreased since 2018; from 27% of all adults in 2018 to 24% in 2019”. The Guardian stated this “shift could have major implications for British politics” because:

Political parties have traditionally considered the BBC’s 10pm news bulletin to be their most important outlet for getting their message across to large swaths of the public, which in turn can shape policies being proposed and how they are presented.

Steve Howell, one of Jeremy Corbyn‘s advisors in the 2017 general election, argued that young people may be turning away from traditional news sources because of the “relentless vilification” of Corbyn:

The relentless vilification of Jeremy Corbyn over the last four years is a real turn-off.
https://t.co/yysF8SYfnJ

With Boris Johnson in place as prime minister, speculation about an early general election is growing. So the relationship between young Corbyn supporters abandoning traditional news sources with a possible election coming up shouldn’t be underestimated.

Labour saw its biggest voteshare increase since 1945 in the 2017 general election. One key factor was that support for Corbyn-led policies among young people grew organically. It was often harnessed through social media, as Corbyn memes and hashtags like #seshthevote went viral. Artists like Stormzy spoke out and connected to empower young voters. Some, like artist AJ Tracey who spoke out about homelessness, connected on key Labour policy issues. Grime MC JME met with Corbyn to explain “why bare of us don’t vote”.

Yet, as The Canary reported in 2018, the BBC claimed that any so-called “youthquake” rise of young people voting for Corbyn in the 2017 General Election was a “myth”.

“The importance of social media campaigning” is “stronger than ever”

However, Dr James Sloam and Muhammad Rakib Ehsan from Royal Holloway co-authored a report called Youth Quake: Young People and the 2017 General Election, which challenged this.

Culturally, the importance of social media campaigning has become stronger than ever, with the internet becoming a ‘political battleground’… social media and online forums have become spheres where young people not only digest political information – but also increasingly share it.

Corbyn… has come to dominate the social media space – one which is generally occupied by young people.

The latest Ofcom report shows that young people have moved even further away from traditional news sources than in 2017. And the power of artists – like Stormzy – harnessing social media to make powerful political statements is still very much in play.

In June, Stomzy led a chorus of “fuck the government and fuck Boris” at Glastonbury Festival. Clips of this went viral:

Massive congrats to @Stormzy being the FIRST black British headliner at Glastonbury!
In tribute, a clip that captured a truly great moment from last week. He said the show was unforgettable and it really was.
Fuck the government and fuck Boris; seems like a lot of people agree✊ pic.twitter.com/fq3fYrGyJu

Stormzy has just got around 200,000 people screaming “Fuck the Government, Fuck Boris”, which by my calculations is around 50,000 more people than will get the opportunity to elect him. https://t.co/YJvCDeofyF

Tonight @Stormzy made history by being the first black solo British headliner at Glastonbury. The performance was political, iconic and the ballet was beautifully powerful. It won't just go down in Glastonbury history – it'll go down in our country's cultural history. #Glasto2019 pic.twitter.com/pmRt5OuqBI

With one of the UK’s most right-wing governments now in place, this report offers a ray of hope. Establishment media attacks and smears on Corbyn and left-wing figures are unlikely to stop. But those biased bulletins and skewed headlines clearly don’t command the same audiences that they once did. Young people, Black people, and people from a range of ethnic minority backgrounds are abandoning traditional news platforms.

So despite this being a bleak and dangerous time in UK politics, there’s a new power rising: it’s beautiful and it’s brilliant. More than that, it’s a powerful force that could well beat the stranglehold of the BBC and establishment media machines once and for all.

Featured images via Jewish Voice for Labour and Rwendland/Wikimedia