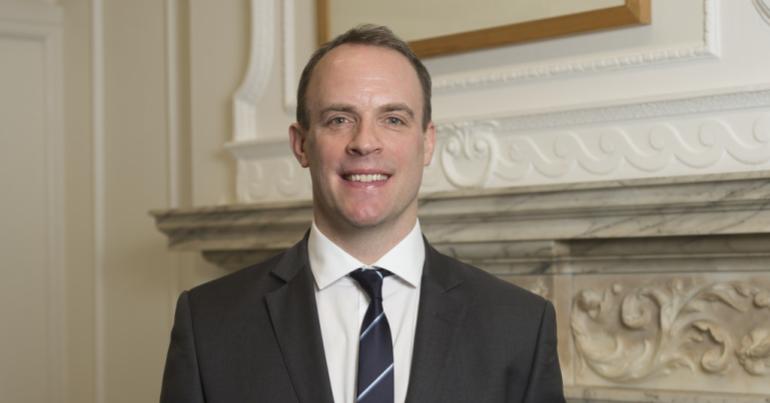 Having studied law at both Oxford and Cambridge universities, Raab is among the 48% of new cabinet members who are Oxbridge graduates (compared with 1% of the general population).

In 2000, Raab became an adviser in the Foreign and Commonwealth Office. Three years later, he began working at The Hague, focusing on war crimes. He went on to become an adviser to various shadow cabinet secretaries.

In 2010, Raab ran for election and won in the ultra-safe Conservative seat of Esher and Walton. The wealthy Surrey borough’s constituents have re-elected him twice since.

In his nine years as an MP, during which time he filled various government roles, serious question marks have arisen concerning his competency.

As Brexit secretary, for example, he confessed that he “hadn’t quite understood” the importance of the Dover-Calais trade crossing. A shadow Brexit minister claimed Raab “doesn’t even understand the very basics of Brexit”.

He would later resign over the very Brexit deal that he was supposedly responsible for negotiating. During the leadership debates, he then suggested suspending parliament to seal a no-deal Brexit.

Raab’s political ideology, moreover, seems to have been incubated at right-wing thinktank the Institute for Economic Affairs (IEA). The opaquely funded institute, with historic ties to big tobacco, has hosted Raab on numerous occasions.

He would later claim that the IEA supported him while he was writing a pro-austerity book named Britannia Unchained. This advocated “abolishing a whole collection of basic workers’ rights”. (Disgraced politician Priti Patel, Johnson’s appointed home secretary, is a co-author.) In this vein, Raab has “almost always voted against laws to promote equality and human rights”.

If this is his vision for the UK, how might his policies affect non-British people?

As foreign secretary, Raab will be immediately faced with the oil tanker issue with Iran. His response may offer a window into how his office will conduct foreign policy.

For now, our best hints come from his voting record and past writing.

Raab has “consistently voted for use of UK military forces in combat operations overseas”. This includes approving UK airstrikes in Syria, establishing a no-fly zone in Libya, and backing the continued deployment of UK forces in Afghanistan.

Writing in the Independent in 2017, Raab criticised opposition leader Jeremy Corbyn’s “principled pacifism”. And he complained about relying on approval from UN bureaucracy for military intervention abroad. He also denounced Corbyn for negotiating with the IRA, though more recently he confessed that he hadn’t bothered to read the Good Friday Agreement while appearing before the Northern Ireland Affairs Select Committee.

Raab’s apparent respect for an “ethical foreign policy“, moreover, seems to be more words than action. After Saudi Arabian officials murdered Washington Post journalist Jamal Khashoggi in 2018, for example, Raab said he didn’t find the Saudi government’s explanation “credible”. But he added that:

We are not going to… terminate our relationship with Saudi Arabia, not just because of the huge number of British jobs that depend on it but also because if you exert influence over your partners you need to be able to talk to them.

It is also noteworthy that Johnson re-hired Patel, who was caught secretly planning to funnel UK aid funds to the Israeli military in 2017. This may give Raab the impression that he has a free hand under the new PM.

Raab, who once conducted a BBC interview next to books authored by Ronald Reagan and imperialist historian Niall Ferguson, appears susceptible to towing whatever line seems appealing to elite interests on any given day. This is a concerning yet all too familiar trait for a foreign secretary.

All in all, we can likely expect a general continuity with Jeremy Hunt’s stint as foreign secretary: unethical, unlawful, and, at times, calamitous.