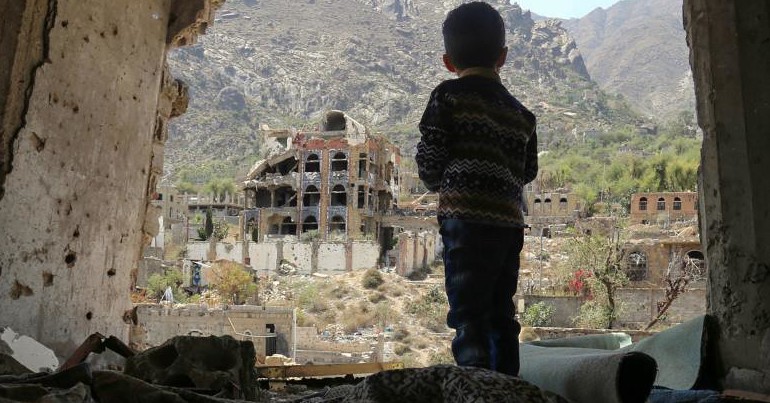 Campaigners have won a landmark legal challenge against the UK government over its arms sales to Saudi Arabia. Campaign Against Arms Trade (CAAT) argued that continued licences of military equipment used in Yemen were unlawful. In a historic judgment, the Court of Appeal ruled that the UK government “must now stop issuing new arms exports licences”. Jeremy Corbyn and many others welcomed this victory.

“A moral stain on our country”

As The Canary reported, between 9 and 11 April, the UK government faced a judicial review over its continuing export of arms to Saudi Arabia. It investigated whether the UK was supporting ‘serious violations of international humanitarian law’ because these arms have been used by Saudi Arabia in its ongoing war on Yemen.

The Court of Appeal concluded that it was ‘irrational and therefore unlawful’ for the Secretary of State for International Trade to have granted licences without making any assessment as to whether violations of international humanitarian law had taken place.

The UK government should accept today’s court ruling that arms sales to Saudi Arabia are unlawful because of their use against civilians in Yemen.

UK advice, assistance and arms supplies to Saudi's war in Yemen is a moral stain on our country.

Corbyn has also opposed UK arms sales to Saudi Arabia for many years:

On 26 Oct 2016 Corbyn forced a vote in HoC to halt the sales of bombs to Saudi Arabia for profit. Jeremy took the view that profiting from bombs aimed at schools & hospitals was wrong. Only 1/4 of UK MPs agreed with him. Today a UK Court says he was right https://t.co/RSiH8CdI9z pic.twitter.com/1yYYAdW0Xn

The court also gave permission for Amnesty International, Human Rights Watch, and Rights Watch (UK) to “use their specialist knowledge” in the case.

Rasha Abdul-Rahim from Amnesty called the ruling a “hugely significant outcome for Yemeni civilians”. She also explained that the decision could have implications for countries like the US and France which still sell arms to Saudi Arabia:

For more on what this means, watch @Rasha_Abdul quick primer pic.twitter.com/3ZwrwpMKGz

“Uncritical political and military support of the UK” must stop

This is a significant victory. But CAAT also noted that that the UK government broke “its own rules on arms sales”:

It shouldn’t take four years of schools, hospitals, weddings & funerals being bombed. It should not take tens of thousands of deaths and the worst humanitarian crisis in the world. UK government must #StopArmingSaudi and stop supporting the war in #Yemen

The Saudi Arabian regime is one of the most brutal and repressive in the world, yet, for decades, it has been the largest buyer of UK-made arms. No matter what atrocities it has inflicted, the Saudi regime has been able to count on the uncritical political and military support of the UK.

The ruling highlights the role of the UK’s foreign secretary in these ongoing arms sales:

Great news – Court of Appeal has ruled against UK arms sales to Saudi Arabia for use in #Yemen. Background here – includes Jeremy Hunt lobbying Germans to *drop* their arms embargo & saying *not* arming Saudi would be “morally bankrupt” 😳https://t.co/f2DJEDB1WQ #StopArmingSaudi

The UK government has also faced accusations of complicity in the “mass killing of civilians”:

Govt first admitted in *October 2016* that 5 types of UK missiles are being used by Saudi in Yemen. For over 2.5 years UK political class -& 'mainstream' media – have been complicit in mass killing of civilians (with notable exceptions). UK needs transformation in governance. https://t.co/2SLtdzE7wD

The bombing has created the worst humanitarian crisis in the world. UK arms companies have profited every step of the way. The arms sales must stop immediately.

This isn’t the end

CAAT suspected that the “government is likely to continue to fight this decision, even now”. And news soon emerged that the government will seek to appeal.

So it’s vital that we keep on the pressure to ensure our government “finally” prioritises “human lives over arms trade profits”. This victory is too important to give up. We must stand in solidarity to support every innocent child, woman, and man suffering in Yemen.