The plot thickens. One stop on Priti Patel's travels to the Middle East may have broken UK rules. - Canary 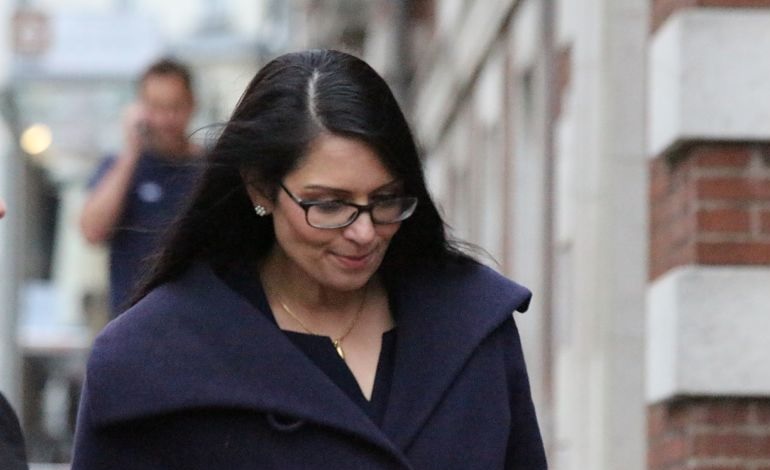 The Priti Patel plot has thickened. Because she didn’t just have a string of undisclosed meetings with Israeli officials before asking her department to give aid to the country’s army. The International Development Secretary also reportedly visited the Golan Heights during her visit in Israel. But the particulars of her stop off in this part of the Middle East are deemed a no-go by the UK government.

So Patel apparently breached diplomatic protocol. In essence, she went against her own government. And, in further revelations, it appears she did the same to her own department.

Patel held 14 undisclosed meetings with Israeli officials in August and September. And on 7 November, reports emerged that Patel then asked her department, the Department for International Development (DfID), if it was possible to give aid to the Israeli military in the Golan Heights.

This area is an occupied territory. Occupied, in fact, by the very country that Patel asked to give aid to. Israel seized the Golan Heights from Syria in the 1967 war. The UK doesn’t officially recognise that Israel has any claim to the area for that reason. And, because of the UK’s position, it’s protocol [paywall] that no government officials travel to the Golan Heights via the Israeli government.

Yet Haaretz reported [paywall] that Patel travelled to the Golan Heights under Israel’s authority in August. She apparently went to an Israeli field hospital there. And The Guardian has found that this trip was likely arranged by Israel’s Ministry of Foreign Affairs (MFA). Responding to a query from The Guardian about Patel’s visit to the Golan Heights, an Israeli military spokesperson said:

She visited Israel. Please refer to the MFA [ministry of foreign affairs] for details, since they organised the visit.

It was Israel’s field hospitals in the Golan Heights that Patel suggested UK taxpayers should fund. According to The Guardian, the hospital treats both Syrian civilians and rebel fighters, including some accused of jihadi affiliation.

ITV‘s Robert Peston also reported on another of Patel’s apparent breaches of protocol. Peston claimed that DfID had declined one of the undisclosed meetings on Patel’s behalf initially. But he said that, without DfID’s knowledge, Patel’s office in the House of Commons then approved the meeting and arranged it independently.

This meeting was with Israel’s Public Security and Strategic Affairs Minister Gilad Erdan. His job is to try and clean up his country’s image as its occupation of Palestine enters its 50th year.

So, on both counts, Patel essentially defied official protocol. She accepted a visit to the Golan Heights from Israel, a diplomatic no-no. And she defied her own department to meet with Israel’s propaganda minister.

No wonder she’s on her way out. And who knows, she might take the Prime Minister with her.

The Canary asked DfID for comment on these allegations but received none by time of publication.

This article was updated at 5.28pm on 8 November to reflect changes in Robert Peston’s report on Priti Patel’s meeting with Gilad Erdan.