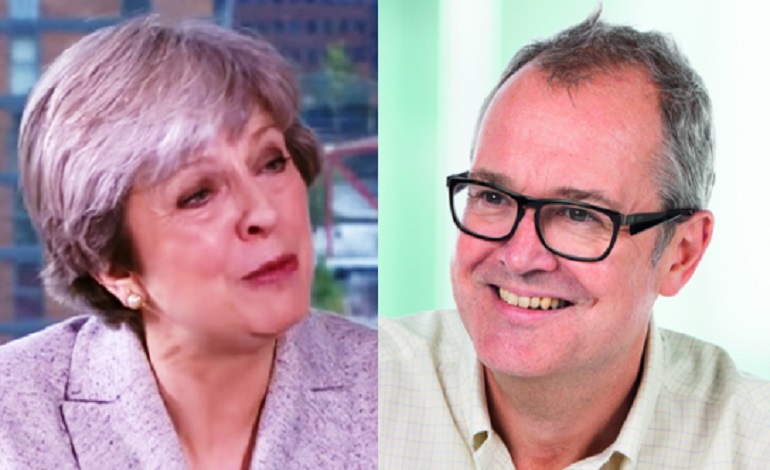 On Wednesday 8 November Theresa May’s government quietly made a new appointment to its ranks. But far from being an independent adviser, the person has come straight from one of the largest corporations on the planet. And to make matters worse, it is the second government appointment from this company in the space of a week.

This is an excellent appointment for the Civil Service, in an important area of government business. Patrick Vallance has already advised the government on several occasions… so he is well placed to offer the best scientific advice available… I am also looking forward to the contribution Patrick will make in leading the science community across government…

But Vallance’s CV offers another reason for his appointment. Because he is currently President of Research and Development (R&D) at pharmaceutical giant GlaxoSmithKline (GSK); having joined the multinational in 2006, he was appointed to its Board in January. And Vallance is the second government appointment from GSK in the space of a week.

On 3 November, Sir Andrew Witty received the appointment of Chair of the NHS’ new Accelerated Access Collaborative, a programme designed to “speed up the time it takes for patients to benefit from ground-breaking products”. The programme will accelerate the time it takes new drugs to get from laboratories like GSK’s to the NHS. Witty was CEO of GSK from 2008 until March this year, and he now sits as a Director of private healthcare company UnitedHealth. UnitedHealth was NHS England boss Simon Steven’s former employer.

Both appointments come at a time when GSK is supposedly refocusing on R&D. As This Is Money reported, its new Chair Emma Walmsley:

is spearheading efforts to cut costs and concentrate on research into new drugs. Glaxo has lagged behind competitors in developing so-called ‘blockbusters’…

A history of controversy

But GSK has a history of controversy. As Martin Williams notes in his book Parliament Ltd [p28]:

In 2012 the drugs giant admitted bribing doctors and encouraging the use of unsustainable antidepressants for children. In the largest fraud settlement in US history, GSK agreed to pay out £1.9bn.

However, sixteen [House of Lords] peers still have a stake in the company, worth a minimum combined total of £800,000.

What both these appointments show is the continuous revolving door between big business and government, even in the medical profession. But with two men, who have vested interests in one of the world’s largest pharmaceutical companies, now residing at the heart of policy, the government is making its intentions very clear. That is, so-called ‘big pharma’ will be the driving force behind just what medication is available to patients. And whether that will be in our best interests remains to be seen.