As we all watched Priti Patel, a highly influential think tank put us on recession red alert [IMAGES] - The Canary 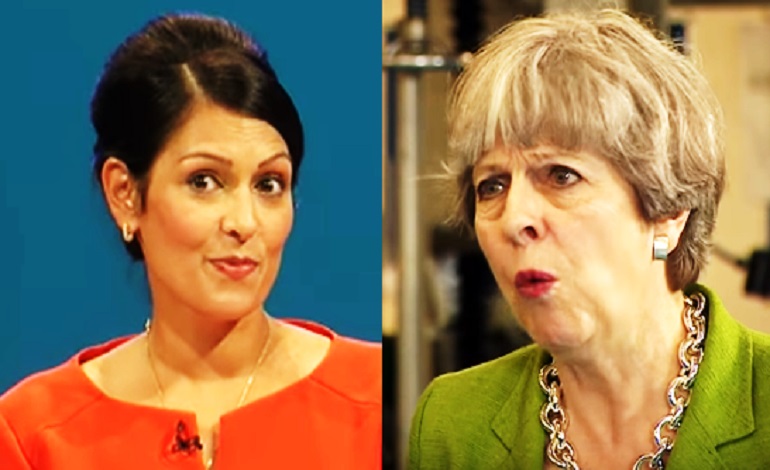 While the storm around Priti Patel happened, one of the UK’s most influential think tanks quietly released its latest report. And it issues the country with a stark warning: that when, not if, another recession takes place, thousands will be plunged into deeper poverty because of the government’s welfare reforms.

It also warns the next recession could be just around the corner.

The Institute for Fiscal Studies (IFS) has released a new report [pdf]. Called Recessions, income inequality and the role of the tax and benefit system, it looks at how the welfare state acts as a safety net for low-income households during economic downturns. And the IFS is bleak in its predictions for families during any future recession.

The report details [pdf, p12] what’s known as the “pass-through rate” of lost income during a recession; that is, what percentage of falling earnings or employment actually hits people in their pockets, after tax.

It says that if another recession were to hit now, then the poorest 30% of households’ actual drop in income, if job losses or pay reductions happened, would be 39% [pdf, p37]. In layman’s terms, this means that for every £1 their income drops, the poorest households would actually lose 39p. This is because welfare entitlements, such as tax credits, make up some of the losses.

For example, if a two-child family’s income dropped by £80 a week, they would only see a real terms loss of approximately £124.80 a month, after tax.

But, if a recession happens in 2020, when all the government’s welfare reforms should be introduced, then the same family would see a 53% change [pdf, p37], or they’d lose 53p for every £1 their income fell. This would mean a real terms loss of around £169.60 a month.

And the IFS is clear where the reason for the increased loss of earnings lies: welfare reforms.

The blame? Go to the government’s door

It says in its report that the loss of earnings it forecasts is down to [pdf, p34-35]:

Across all households, the effect of welfare reforms is negative on people’s potential income: 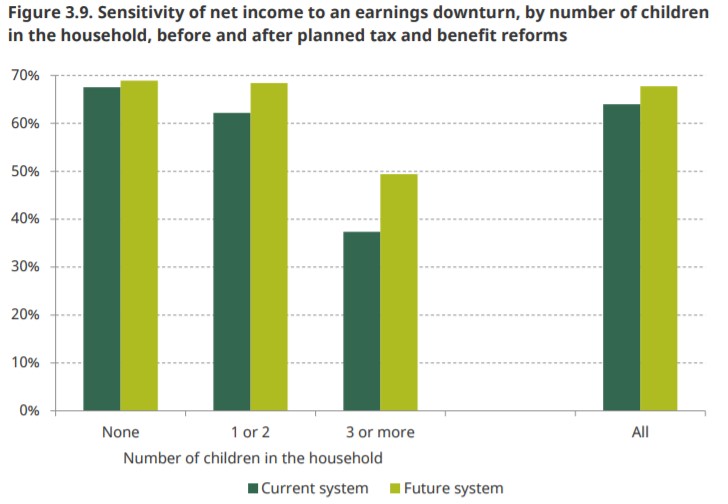 The IFS says [pdf, p13] that during the so-called ‘Great Recession’ after the 2008 financial crash:

a fall in earnings [was] offset not just by lower tax payments but also by higher tax credit entitlement. This illustrates a more general trend – the growth in the role of means-tested in-work benefits over time has acted to increase the ‘insurance’ offered by the state against earnings falls…

Essentially, the welfare state acted in the way it was supposed to – as a safety net to protect people in times of hardship. But now this is being stripped away. So the government has essentially washed its hands of much of its responsibility. This is because, as the IFS notes [pdf, p36], the percentage of lost income the state has to pick up is reduced.

A bleak outlook. A possible recession.

And there’s more bad news in the IFS report. It says that those who are the poorest could be hit the hardest, potentially seeing their pass through rate of lost income soar after welfare reforms (“lowest” decile on this graph): 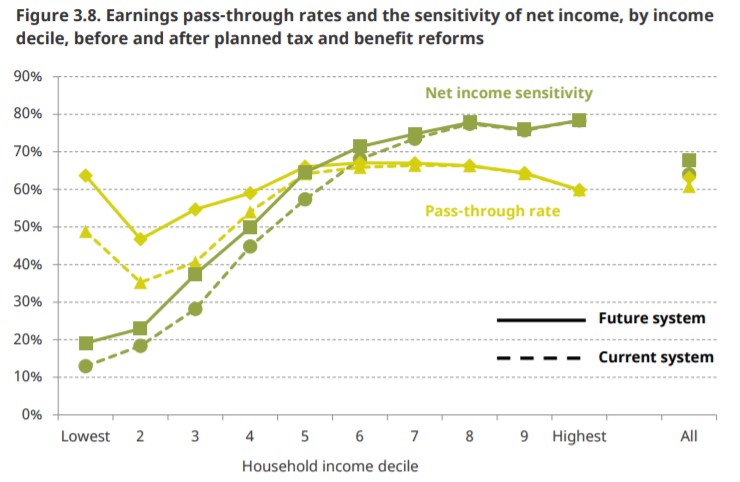 This matters. The Office for Budget Responsibility (OBR) puts the chances of a recession in any five-year period at 50:50. Economic uncertainty is currently high. When the next recession does hit, the tax and benefit system will offer less support to low-income households…

So, if the IFS is correct, when there is another recession the Conservative government’s actions will be responsible for throwing thousands of families into increased financial hardship.