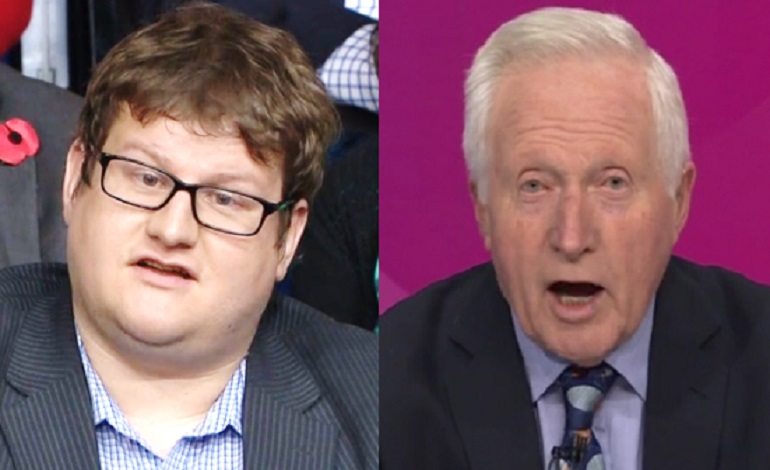 On Thursday 9 November, a member of the BBC Question Time audience said claims that disabled people had died due to Conservative government policy was “inflammatory rubbish”. But it turns out that the man was not particularly unbiased. As he is a Tory councillor from Sussex. And he was also completely wrong.

Chris Stevens is a Conservative councillor from Horley on the Surrey/West Sussex border. As an audience member during the Question Time debate, he was responding to claims [9:25] by Guardian columnist Aditya Chakrabortty that Conservative government policy had sent “disabled people to their deaths”.

Stevens said that Chakrabortty was “like the Donald Trump of The Guardian“, and that his claims were “inflammatory rubbish”:

But there is a problem with Stevens’ claim it was “inflammatory rubbish” that sick and disabled people had died due to government policy. Because in reality, it is his own claim that is rubbish.

One example of why Stevens’ claim is rubbish is a study by Oxford and Liverpool Universities. It found that an “additional” 590 people taking their own lives were linked to the Department for Work and Pensions (DWP) Work Capability Assessment (WCA); as were 279,000 additional cases of mental health issues and 725,000 additional antidepressants prescriptions.

Also contrary to Stevens’ claim of “inflammatory rubbish”, are the government’s own figures [pdf, p8]. They show that between December 2011 and February 2014, 91 people a month died after being told by the DWP they were “fit-for-work”.

One such example is that of Lawrence Bond. As The Canary previously reported, Bond suffered a fatal heart attack shortly after leaving the Kentish Town Jobcentre on 12 December 2016. The 56-year-old had longstanding health problems such as difficulties with mobility and breathing. But the DWP had declared him “fit-for-work” six months earlier.

Only in August, the Chair of the UN Committee on the Rights of Persons with Disabilities, Theresia Degener, said the UK government had created a “human catastrophe” for disabled people, where society viewed them as “parasites, living on social benefits… and [living on] the taxes of other people”. It is unclear whether Councillor Stevens thinks the UN talks “inflammatory rubbish”.

But in a 10-minute BBC interview, which the broadcaster only aired 20 seconds of, Degener went further, saying [13:25] that the government had caused:

People [to be] pushed into work who were not fit for work… It is right to assume that disabled people are capable of working… But… you have to take into account the vulnerability of disabled people, especially if they have psychosocial disabilities or if they are intellectually disabled.

The UN’s August analysis was the fourth report in 14 months it had released into the Conservative government. All of them condemned its treatment of disabled people, saying it had committed “grave” and “systematic” violations of their human rights.

Get in the sea

But in Councillor Stevens’ world, this is all “inflammatory rubbish”. So he may like to tell that to the families of the thousands that have died since the Conservatives first came to power in 2010; and see if he gets the same rapturous applause he did from much of the Question Time audience.

The Canary asked Councillor Stevens for comment, but none was received at the time of publication.