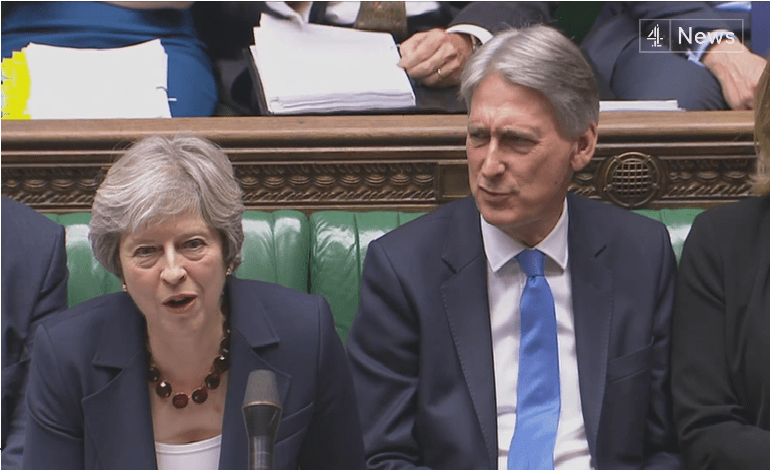 The May government owes UK care workers £400m in back pay, after a court ruling in May 2017. But months later, the government is refusing to pay up.

In May, Unison won a major victory over the Conservative government on behalf of UK care workers. The May government had issued guidelines that care workers required to work sleep-in shifts were not entitled to be paid the minimum wage. Labour MP Steph Peacock explains why this ruling was so unfair:

Sleep-in shifts – so-called because people who can’t be left alone through the night hire carers to stay in case they are needed – can be some of the toughest, often caring for individuals with complex needs. Highly vulnerable people are often provided for through local authorities, who contract providers that offer specialist care services.

Austerity has squeezed local authority budgets – meaning in many places payment for carers has remained static since 2010 despite higher pension contributions, higher regulatory fees and the minimum wage changes resulting from the Unison victory.

Unison supported the care workers, and took the case to an employment appeal tribunal. The courts ruled that the workers were entitled to be paid the national minimum wage for their shifts. But instead of paying up, the May government transferred the bill to cash-strapped charities and other service providers.

Take with one hand and slap you with the other

The reason for the downward pressure on care worker wages is austerity. The May government is demanding a further £824m of cuts to Local Authority budgets in the next financial year. Which means that by the end of 2018, the UK will be spending £6bn a year less on social care than we were in 2010. This is creating a crisis in social care. As Adam Roberts writes for the Health Foundation:

The adult social care system in England is in a financial crisis, following a 9% fall in public spending between 2009/10 and 2014/15 in real terms. This has had a real impact on people’s lives, with 400,000 fewer people receiving care over this period.

At the same time, the Conservatives gave away £70bn in tax breaks to the wealthy.

So while it is true that Local Authorities and charities cannot afford to pay £400m of back pay, it’s not the whole story. Social care is being cut in order to fund tax breaks to wealthy individuals and corporations. And when the courts stepped in to protect care workers and their patients, the May government tried to shift the burden.

It is not a question of affordability, it is a question of priorities. Because if we can afford tax cuts for the richest in the land, we can afford minimum wage for some of the poorest. And it is time for the May government to pay its dues to the working people of Great Britain and Northern Ireland.

– Learn more about creating a fairer economy with Positive Money.

– Support the campaign for a Living Wage in the UK.