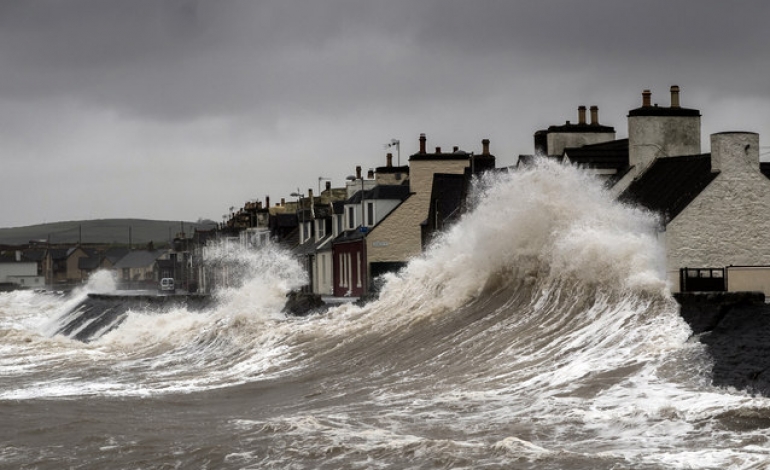 The world is getting warmer. Extreme weather events like hurricanes and heat waves are getting more regular and more severe. And these changes are far from harmless. They put entire ecosystems at risk, as well as our continued survival.

A new study has shed light on how much damage we’re doing to the planet. Researchers have found that our greenhouse gas emissions are increasing both the rate – and the likelihood – of record-breaking hot years.

Authors of the study, published in the journal Earth’s Future, found that:

And if greenhouse gas (GHG) emissions stay at current levels, then these odds will increase, according to the study. Climate change sceptics will argue that the global warming we’re seeing is part of a natural cycle: the Earth goes through periods of cooling (ie with ice ages) and periods of warming. But commenting on the study, climatologist Michael Mann said:

This work builds on previous research establishing that, without a doubt, the record warmth we are seeing cannot be explained without accounting for the impact of human activity on the warming of the planet.

Heat waves would last around a third longer, rain storms would be about a third more intense, the increase in sea level would be approximately that much higher and the percentage of tropical coral reefs at risk of severe degradation would be roughly that much greater.

Moreover, the Mediterranean would have 18% less freshwater and yields for wheat, soy and corn would significantly drop.

All these of changes threaten human life. Rising sea levels cause increased flooding and, as World Wide Fund for Nature notes, “Water demand already exceeds supply in many parts of the world”. We depend on freshwater for agriculture, so dwindling supplies are to be taken very seriously.

The UK has been warned a number of times that it will miss its targets on renewable energy. By 2020, the country is meant to generate 15% of its energy requirements from renewable sources, such as wind and solar. Green groups have said that the failure on renewables is a “significant threat to the UK’s ability to meet its climate change goals”.

The government’s failings have damaged the country’s reputation as a climate change leader. We aren’t pulling our weight. And as a result, we are going to make life very difficult for people; not just on our own shores, but all over the world.