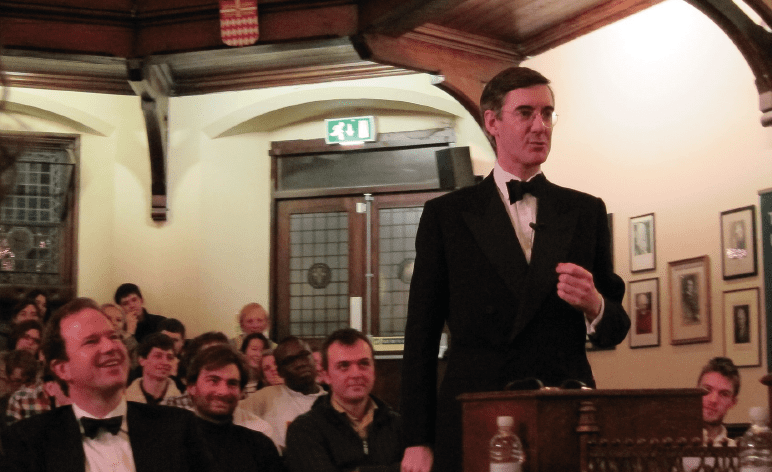 One of the key arguments for Brexit was the £350m a week we send to the EU. Although that figure has been debunked, it’s clear what the implication was – that British money should stay in British hands.

As such, it’s surprising to discover that a prominent Brexiteer and potential future leader has been linked to offshore accounts. Albeit not that surprising given his track record.

Jacob Rees-Mogg’s name appeared in the Paradise Papers because of a $680,000 (£520,000) payment he received when employed by an offshore investment firm. Documents reportedly show that Rees-Mogg owned 50,000+ shares in British Virgin Island-based Lloyd George Management. When the Bank of Montreal bought the firm in 2011, Rees-Mogg received the $680,000.

Rees-Mogg is not accused of doing anything illegal or evading tax. But his response to the issue has given an insight into his thoughts on tax avoidance. He claimed that offshore trusts are legitimate, as tax is paid on the money when it is returned to the UK. He also said that Labour MPs criticising tax avoidance:

It is classic socialism, a case of do as I say and not as I do.

The problem is that people are not necessarily forced to bring their money back to the UK. Rees-Mogg further clarified his argument, saying:

The essential point is that honest taxpayers receive no benefit from offshore structures.

This comment will obviously come as a relief to anyone who thinks that the multi-millionaires who have hidden their wealth in labryinthine offshore tax avoidance schemes are “honest taxpayers”.

Rees-Mogg has in the past voted against proposals to reduce both tax avoidance and evasion. Tax avoidance is using loopholes to dubiously, yet legally, avoid paying a fair share of tax. Tax evasion is using illegal means to do the same thing. Rees-Mogg has criticised the two being compared in the past. Speaking during a parliamentary debate, he said:

Doesn’t this question itself show the danger of alliding tax avoidance and tax evasion?

That there is no obligation on anybody to pay more tax than the law requires and even the most respectable families have schemes or arrangements to minimise death duties and things like that.

Whereas tax evasion is a very serious criminal offence which should be come down on with the full force of the law.

Obviously this creates a two-tier tax system. With one rule for people who can afford to have accountants managing their money, and another for everyone else.

Rees-Mogg has also voted against other measures which could have reduced tax avoidance.

Rees-Mogg is not the only prominent Brexiteer who has been linked to tax avoidance. But none of the others recently topped a Conservative poll on who should be the next party leader.

Rees-Mogg may think that respectable people keep British money where the taxman can’t get it. It’s questionable whether the electorate will agree with him.