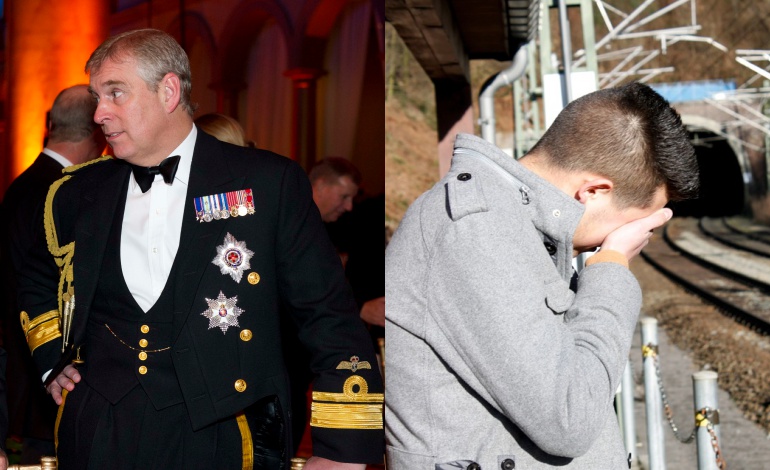 On 5 November, leaked documents in the Paradise Papers suggested royal financial investments are linked to “offshore interests and activities”. And the following day, the Duke of York presented awards for technical education to young people at St James’s Palace. But at the awards ceremony, Prince Andrew claimed that he “did an apprenticeship”, because he learned to fly rather than going to university. His comment shows just how out of touch the royal family are.

Prince Andrew is not new to controversy. He was forced to stand down as “special representative” for UK Trade and Investment (UKTI) in 2011. And as part of this role he was responsible for promoting British arms exports through its Defence & Security Organisation.

Educated at private schools, Prince Andrew is seventh in line to the throne. And so his apprenticeship ‘experience’ is difficult to reconcile with the reality of most young people. Given increasing cuts to benefits and services for young people, comparing his life with theirs seems misplaced and out of touch.

In April 2017 the Conservative Government launched the apprenticeship levy. But although designed to create 3 million new apprentices by 2020, the scheme has been widely criticised. The Institute for Fiscal Studies said the scheme offered “poor value for money” and there is widespread confusion about the levy.

And according to The Young Women’s Trust there are further concerns about apprenticeships, especially for women. It found [pdf]:

But despite the issues with the new scheme, apprenticeships are the only opportunity available for many young people.

Given Prince Andrew’s privileged upbringing, his comment is an insult to the harsh reality of most young people in the UK.

– Support the work done by CAAT.