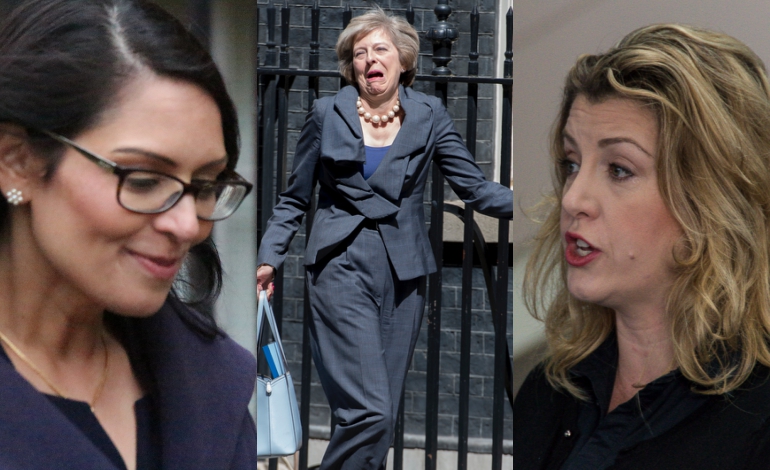 Theresa May’s new International Development Secretary is Penny Mordaunt, who was the minister for disabled people. But people are pointing out that Mordaunt has one alarming thing in common with her predecessor: both have been accused of lying over major international issues.

Patel resigned on 8 November after initially omitting to tell the PM that she’d met high ranking Israeli officials, including Israel’s Prime Minister, when she was on holiday in the country. Patel had falsely suggested the Foreign Office knew about the meetings in advance. And she also failed to include two further meetings when she did finally come clean.

So May was then forced to find a replacement. She was under pressure to find another Brexiteer, like Patel. And there was the added dimension of her surely not being able to risk appointing any of the 40 MPs named in the Westminster ‘sex pests’ dossier.

So May has appointed Mordaunt. But it took just minutes before people started pointing out the flaw with this appointment:

I see Penny Mordaunt is reported to be the new International Development Secretary – this is the same Minister who falsely claimed Turkey was about to join the EU. Words fail me https://t.co/rEx0JHnB7y

Just to remind you – this was the moment when Penny Mordaunt said the UK couldn't veto Turkey joining the EU. https://t.co/zYt40oWuSo

During the Leave campaign didn't "Penny Mordaunt" voice the lie that Turkey was on the brink of joining the EU & would then all migrate here, then stood by her lie when challenged? Now described as "safe pair of hands"

During the EU referendum campaign, Mordaunt appeared on The Andrew Marr Show. She claimed that the UK would not have a veto over whether Turkey could join the EU:

This is our last chance to have a say on this, we’re not going to be consulted on whether those countries should join. Those countries are going to join, it is a matter of when.

Her claims led to the then Prime Minister David Cameron stating that the UK’s veto was “a fact”. He continued:

the fact that the Leave campaign are getting things as straightforward as this wrong should call in to question their whole judgment in making the bigger argument about leaving the EU.

A spokesperson for Britain Stronger in Europe, James McGrory, went further. He said that Mordaunt’s comments were:

plain and simple lying to people.

Theresa May has replaced one cabinet minister who has been accused of lying with another. But alarmingly, given the role of International Development Secretary, the accusations against both of them surround international affairs. At worst, they’re suspected of lying and deliberately misleading the public. At best, they have acted without seemingly having the faintest idea of how international politics works.

Either is deeply worrying.

– Get political locally. Join a local party and engage in democracy.