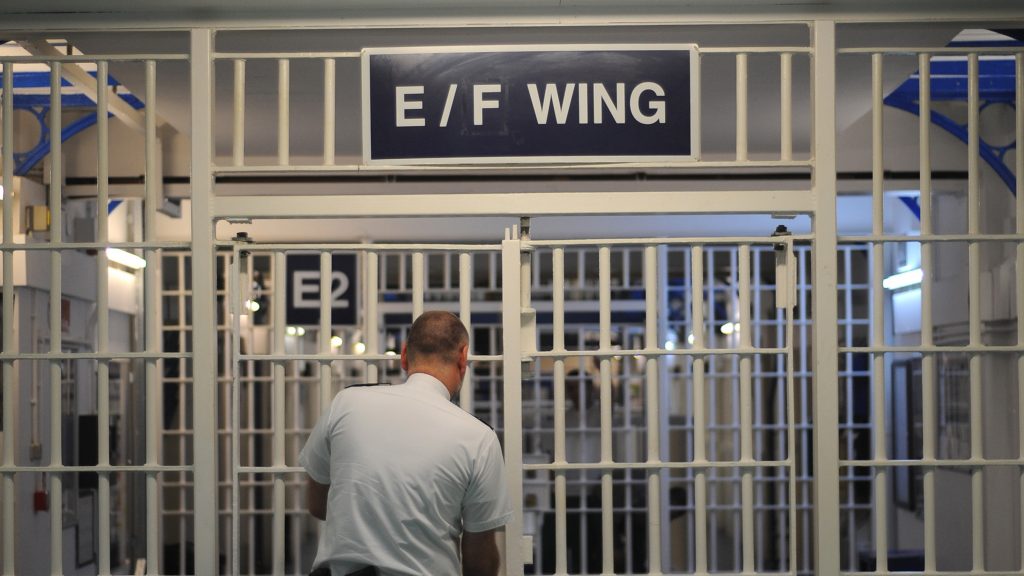 There were 10,311 attacks on staff – the highest since comparable records began, a Ministry of Justice (MoJ) report showed.

Of those, 1,002 assaults were classed as “serious” – such as those which require medical treatment or result in fractures, burns, or extensive bruising – an increase of 12% from 2017/18.

The MoJ report said there has been a change in how assaults on staff are recorded.

Assaults, including serious assaults, attacks on staff and self-harm incidents were all up on the previous quarter.

Separate figures released by the MOJ show 14% of prisons in England and Wales were rated as having a performance of “serious concern” – the highest since ratings began.

Some 16 prisons were given the lowest rating while the performance of a further 28 were said to be of serious concern.

In April, then prisons minister Rory Stewart said he hoped he had turned the tide on violence behind bars after the three months to December 2018 showed a decrease in assaults, including those on staff – the first quarterly drop in two years.

The latest safety figures show there was an 18% increase in assaults at youth institutions to 2,331 – a new record level – and a 47% rise in serious assaults on staff, to 50 incidents, in the latest year.

The figures come after the Government stopped sending children to Feltham A young offender institution following an inspection which found an “extraordinary” decline in safety levels.

A report outlined soaring levels of violence and self-harm, high use of staff force, poor care and long periods of lock-up in cells at the high-profile unit in west London, which holds youngsters aged between 15 and 18.

It was the first time the urgent notification process – requiring the Justice Secretary to publicly report on improvement measures within 28 days – had been used for a young offender institution.

Charlotte Pickles, director of the Reform think tank, said: “These figures continue to show unacceptably high levels of violence and self-harm in our prisons.

“Our new Prime Minister has presented himself as tough on crime.

“But the most effective way to cut crime is to reduce reoffending. That means investing in prison safety and rehabilitation to help offenders turn their lives around.

“It also means keeping prison as a last resort.”

Deborah Coles, director of charity Inquest, called on the new Justice Secretary to take “bold and decisive” action to tackle the prisons crisis.

“Deaths, self-harm, violence, impoverished regimes and conditions are the daily reality of the prison system,” she said.

“Despair and distress are at unprecedented levels in failing institutions within a failing system.

“The failure to act on warnings from inspection, monitoring, investigation bodies and inquests exposes an accountability vacuum allowing dangerous practices to continue.

“The new Justice Secretary must act upon what are clear solutions – tackle sentencing policy, reduce the prison population and redirect resources to community health and welfare services.”