I edit The Canary and love the BBC. How the hell does that work? [OPINION] - Canary 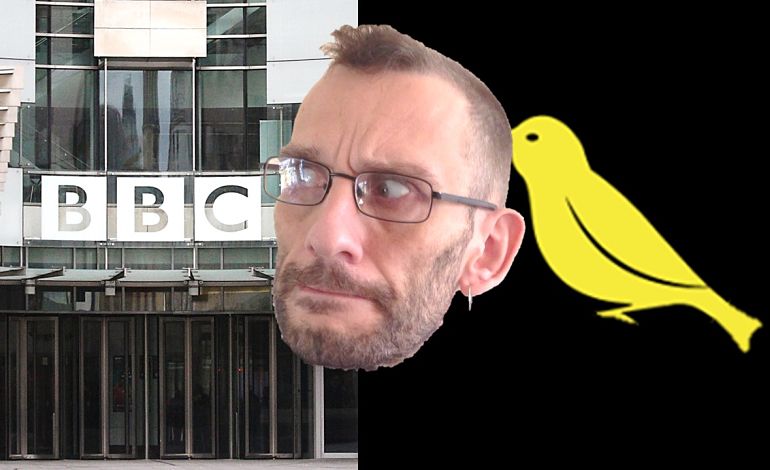 When I was a little lad there were only one and a half TV channels.

BBC Two was hardly ever on, and when it was it was mostly the Open University or documentaries you’d need a doctorate to understand. BBC One featured a grand total of about an hour of programming intended for me. ITV was what other people watched and we didn’t talk about it. I had a school friend at whose house it always seemed to be the start of Emmerdale Farm, but they also had their heating on too high, and strangely deep carpets.

Nothing but the Beeb

So it wasn’t really a choice to watch the BBC. There wasn’t anything else. Channel 4 came along, described by Adrian Mole as “for minorities, like intellectuals and people who belong to jigsaw clubs”. But outside the cosy confines of Countdown, watching Channel 4 was like getting lost on a school trip to Amsterdam. And also, it had adverts.

I’m not sure why I dislike adverts so much. Some are great pieces of creative art, better than the programmes surrounding them. I think it’s the interruption. I have a DJ’s sense of flow, so an advert crashing onto the screen at twice the volume and half the subtlety of whatever I’m trying to watch just seems rude and terrible. These days, the Beeb is increasingly re-enacting the horror of adverts with its endless trailers.

So like most of the developed world, I find myself increasingly retreating to the self-made universe of on-demand viewing. Netflix, YouTube, and iPlayer allow me a form of TV in which I can watch pretty much anything I want while also being mercifully free of that twat from GoCompare.

But I keep returning to the BBC. The website is my first stop for almost everything – from the news headlines to the footy scores. On the rare occasions I watch TV news, it’s generally on the BBC. If I ever spend time watching actual TV, like in the old days, it’s probably the BBC. Nowadays, there are channels especially for me. BBC Four has most of the stuff I’d like to watch and almost none of the rubbish I try to avoid. On the wireless, BBC 6 Music is basically what a radio doctor would prescribe if I was suffering some form of audio deficiency.

OK, if I love the BBC so much, why don’t I just marry it? Or at least get a room?

Look, I also love Norwich City FC. That doesn’t stop me leaping up and down in a rage at regular intervals. It doesn’t deprive me of the right to think that I’ve got a much better understanding of the club than some coach who’s just arrived.

So when I watch the news, the critical voice in my head is frequently muttering things like: “Oh Huw, really?”; “Hmmm, that’s not quite how ‘balance’ works, Laura”; and “Alright Andrew, we all know you can be a barnstorming orator, but your prejudice is showing again”. There’s a sense that it’s ‘my BBC’, not the presenters’. I wrote previously about some of my thoughts.

French writer Jean-Paul Sartre described himself as “critical fellow-traveller” to the Communist Party. He thought it was on the right lines but he reserved the right to hold it to account and highlight its shortcomings.

If I had no interest in the BBC, I wouldn’t care two hoots what it got up to. But I actually think that, overall, it remains the world’s finest broadcaster. And I can’t see a situation in which it would lose that position because of another outlet getting better. So if we want the benchmark for broadcasting to stay at least where it is, or preferably get higher, the BBC is where most of our hopes should reside.

But, of course, it shouldn’t be the only game in town. Even if the BBC was perfect, there would still be huge gaps in the information landscape. We all benefit from a diversity of views. I don’t limit myself to believing what Auntie tells me and, as you’re reading this, I guess neither do you. At a time when I hear from friends in the BBC that budget cuts mean its editorial processes are often meagre compared to what we do at The Canary, I think my effort is best spent both being a ‘critical fellow-traveller’ to the Beeb and providing an alternative point of view.

But I don’t know if I’m ever going to get over them pulling the plug on Grandstand.

We actively invite you to question what you read at The Canary, to follow the hyperlinks we reference, and to search for more information. But if you appreciate what we do, please consider joining us.

Also, there are many other new media organisations doing their best to deliver news, analysis, and opinion in a more independent and ethical way. Please support them, and add more that you like in the comments section: