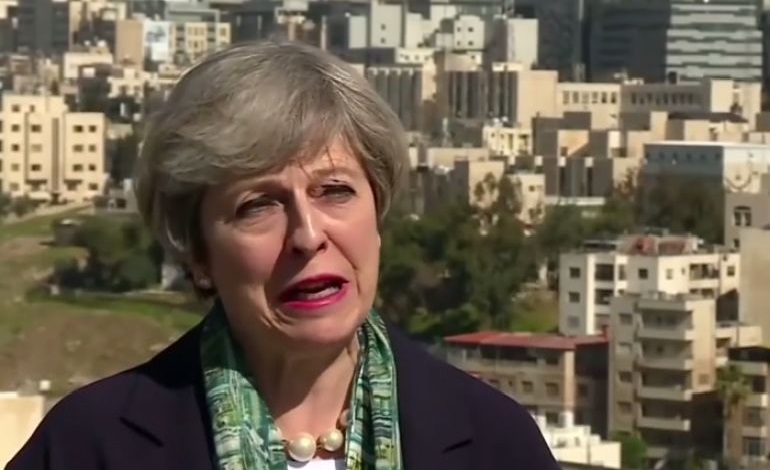 The government is in the process of finalising a $2bn (£1.52bn) loan guarantee to Saudi Arabia’s giant oil company Aramco. It says the guarantee, by its credit export agency (UKEF), will:

increase UK exports by providing finance to overseas buyers of our goods and services… we will be providing Saudi Aramco with support in the form of credit guarantees to procure from the UK.

In practice, it means that if Aramco buys UK “goods and services” and then defaults on payment, the British taxpayer will step in and foot the bill. In short, it’s a very good deal for Saudi Arabia.

And funnily enough, there’s something the UK currently wants from Aramco too. The London Stock Exchange (LSE) is vying for its business. Because Aramco intends to float 5% of its shares on the international stock market. A number of stock markets around the world are eager to list the shares because Saudi Crown Prince Mohammed bin Salman has claimed the company is worth around $2tn.

What a happy accident it is then that these two events should occur at the same time.

And that’s not the only fortuitous occurrence that’s befallen Aramco as it decides where to park its shares. Because the LSE doesn’t ordinarily allow companies to qualify for a premium listing unless they abide by certain rules. The Financial Conduct Authority (FCA) put forward proposals in September, however, that would allow state-owned companies to receive a premium listing while sidestepping some rules. As Nils Pratley wrote at the time in The Guardian:

And as Sky News reported, rules would ordinarily oblige such companies to float 25% of their shares to gain a premium listing, not 5%.

Prime Minister Theresa May hasn’t been shy about courting Saudi Arabia for the listing. In April, May sat down with Aramco’s Chairman Khalid al-Falih, encouraging him to hand the deal to the UK. And more recently, she argued that the LSE has a “strong case” for landing the listing.

In fact, government officials have been so open about their eagerness to get this deal that two parliamentary committees, the Treasury Select Committee and the Business, Energy and Industry Committee, became suspicious. And they questioned the FCA about the potential influence ministers had over its decision-making.

But as the Treasury spokesperson who defended the loan agreement said, “it’s totally separate to that”; “it” being the UK authorities’ recent actions that clearly benefit Saudi Arabia and “that” being the multi-trillion dollar deal those same authorities want Saudi Arabia to throw their way.

Essentially, the authorities are telling us there’s nothing to see here. So I guess we should just move right along. Not.