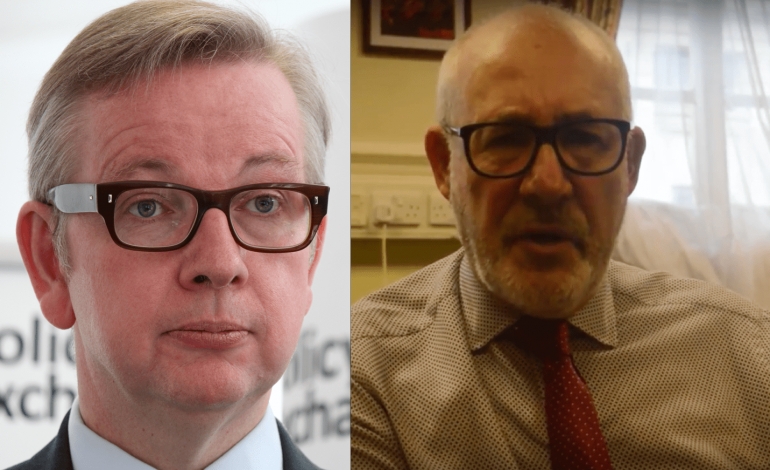 It appears Gove is more interested in protecting Johnson’s job than the liberty of a British citizen in jail in Iran.

Zaghari-Ratcliffe, a British-Iranian woman, is currently in jail in Kerman Province, 1,000km south of Tehran, for allegedly planning to overthrow the Iranian government. But the Foreign Secretary made off-the-cuff comments about the situation, which Iranian state TV is using as evidence of these accusations. And this could see her spend an additional five years in prison. Gove defended Johnson, saying he didn’t know what she was doing in Iran.

Johnson’s supposed “confession of her real plot” left Zaghari-Ratcliffe angry and in tears. She also said she was “on the verge of a nervous breakdown”, and has maintained that she was in Iran visiting family, not “teaching people journalism”, as Johnson claimed.

Calls for Johnson to resign

Boris Johnson’s cavalier approach to international diplomacy is compounded this morning by Michael Gove claiming he has no idea what Nazanin Zaghari-Ratcliffe was doing in Iran. It has always been clear, she was on holiday visiting her family.

The Foreign Secretary’s “cavalier approach” on this issue has led London Mayor Sadiq Khan to call for his resignation. Khan says Johnson has failed in his role, as he has shown a lack of diplomacy in his remarks.

The Iranian authorities have denied Zaghari-Ratcliffe a lawyer and are keeping her in solitary confinement. Johnson’s comments could further devastate her life, as well as her family’s. He has to make amends for his irresponsible remarks.