Today I found out my friend was an undercover cop, and I had to discover it on a website - Canary 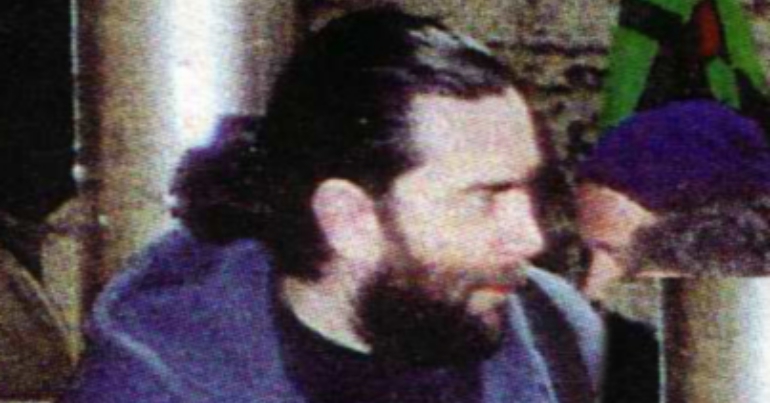 This wasn’t a surprise. I’ve known for years. In 2015, I wrote an article for The Canary which named them. But official confirmation from the state is something else. The 1% doubt I may have had is gone. Jason and Dave were cops.

I’m a core participant in the UPI. I applied on the basis that I knew and was close to Jason (among other undercover cops) and named him in my submissions. The inquiry knew my connection to him. But as with other victims of police spying, it didn’t inform me before the publication of his name. I found out through reading it on the inquiry’s website. And there it was, his cover name printed in black and white: Jason Bishop.

It was then, sitting alone, and totally unprepared, that I started shaking and crying.

I first met Jason in 2001, organising the Fiesta of Life Against Death – a mass protest to shut down the Defence Security Equipment International (DSEI) arms fair. Among the groups he infiltrated were Reclaim the Streets, Disarm DSEi and Earth First!.

We got on well. And it was the start of four years working together on things. He claimed to make his money through selling dodgy DVDs, and always had top quality bootlegs to give us. At his flat in Kilburn, he always had bin bags of DVDs, and he had a lock-up nearby.

He enjoyed craft beer and smoked dope regularly. He held my baby when he was just five days old. And he gave him a giant polar bear as a present.

Snapshots of memories. Quick flashes. Random and fast. I can’t control them – that’s just how they come.

There’s Jason driving a minibus. And there’s Jason in our living room talking to us about organising the Fairford coaches: the coaches that were supposed to take anti-war protesters to the Fairford airbase but which were unlawfully turned away by the police. Those on the coaches took legal action against the police; a case the police fought for years – a case that they fought without ever thinking it necessary to disclose that they had an undercover cop embedded in the organising group.

And then there’s Jason committing criminal damage at an arms company and driving us to actions. There’s Jason drinking beer at Earth First! gatherings. And there’s Jason waiting outside a police station for me to be released after an arrest.

May Day! May Day!

I am beginning to wonder whether the undercover policing inquiry has a warped sense of humour. After all, it released the details about Jason on May Day.

Jason often attended May Day protests and was present at some of the planning meetings. He was arrested during the “guerrilla gardening” May Day protests in 2000 for driving a van of manure intended for Parliament Square.

He is also described by the Metropolitan Police in a Criminal Intelligence report from 1 May 2003:

[redacted name] remained outsided [sic] of the main group but was constantly associating with an IC1 [White] male of large build with a full beard who has been seen at Pre-Mayday planning meetings and at the BP AGM at the Royal Festival Hall, his most distinctive appearance on all occasions was a dark coloured baseball cap with a red peak.

In another Criminal Intelligence report from 2005 at an arms fair protest, Jason is mentioned by name.

We then monitored [redacted] and Jason BISHOP as they walked to 01CD to await the release of [redacted]. They stopped off to buy them sweets and newspapers…

These reports were compiled by Forward Intelligence officers – police officers who harassed and overtly surveilled protesters on a regular basis.

So yes, public order surveillance officers followed an undercover cop to buy sweets and wrote it up in a report. Remember that the next time the police say they don’t have any money.

Activists first started building a case about Jason over five years ago. Police monitoring group Netpol posted our statement about him in 2013. But it’s taken five years since publishing his name to have his identity as a cop confirmed by the police.

Even now, and despite his name being in the public domain, the police made an application [HN3, pdf, p2] for it to be kept anonymous. Five years later, and I’m processing all the same emotions – the same grief – that I tried to deal with when I first found out.

We should not have had to wait so long for this confirmation. And the inquiry needs to start thinking more about the mental health of those of us who’ve been spied on. It should be contacting us before publishing names. It is a disgrace that we’re having to read them on websites and in tweets.

In the meantime, we wait. Another day, another week. We await the lottery of which names the inquiry will deign to publish next. We wait to see whether a new day will expose a new friend, a lover, a parent.

This is not justice. This is never-ending grief.