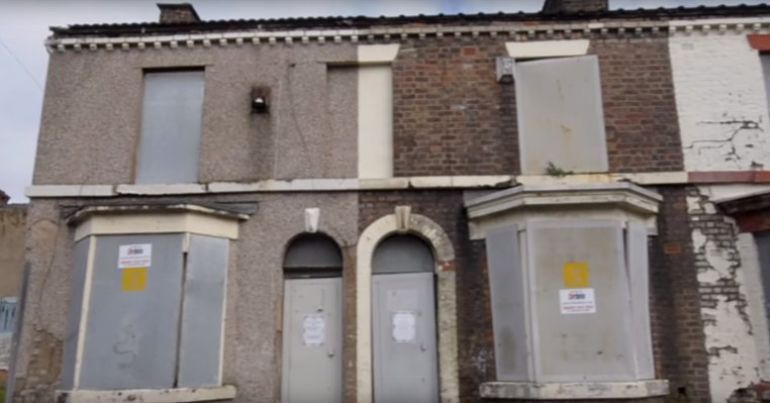 On 12 August, the government announced its rough sleeping plan. And it’s a truly pitiful response to England’s rough sleeping crisis, with no new money being promised and no reforms of punitive welfare policies.

The government says this is part of its strategy to end rough sleeping by 2027. Yet if the will was there, it could be abolished almost overnight.

The homes are there

There are more homes without people than people without homes.

The groups occupy vacant buildings, demonstrating their social function and dispelling the myth that it’s impossible for low-income groups to live in inner-city areas. Buildings that have sat vacant for years suddenly become revitalised, like someone changing career and finally finding their true calling.

Yet the mantra rings true closer to home too. Official figures state that over 200,000 homes lie empty in England. And a freedom of information request revealed that more than 11,000 have been empty for at least a decade.

Homeless Link estimates that 4,751 people sleep rough in England on a given night.

There’s more than enough housing to go around. Yet politicians and charities from all sides are obsessed with building more. Labour has pledged to build one million new homes over 10 years if in government, while the homeless charity Crisis states the government needs to build 90,000 homes a year:

“We need to build 90,000 homes for social rent every year for the next 15 years to meet demand. That’s a far cry from the 5,000 built last year."@jon_sparkes reacts to today's social housing green paper:https://t.co/DKfasu5xwC pic.twitter.com/izO4Hl9B0j

Heck, even the Tories have promised to build, although their proposals fall laughably short of what is needed.

Homes must be owned

In modern Britain, ‘living within your means’ is seen as the height of rationality. This goes for everyone from benefit claimants to government. Times are tough, and cutting back is good for everyone. So why don’t we live within our means when it comes to housing?

The answer is an unhealthy obsession with home ownership. The government’s recent social housing green paper sets out:

A vision centred on how social housing can support people to get on in life, making it more likely, not less, they will go on to buy their own home.

This demonstrates how Margaret Thatcher’s idea of a “property owning democracy” has infected our psyche like a virus. Any other tenancy is seen as merely a stepping stone to the nirvana of owning a one-bed flat in Harrow or Solihull.

And once someone has reached home ownership paradise, that golden nugget of capital is theirs to do what they want with. They’ve earned it. Even though inheriting money is a huge factor in the ability to buy, and more and more homes are being bought up by prospective landlords.

Who’s the law for?

Therefore, people have the right to leave buildings empty, gathering dust. This right, and how it’s upheld, is best exemplified by the grassroots group Streets Kitchen’s occupation of an empty London building in March 2018.

During the severe winter, rough sleepers were dying on London’s streets. Streets Kitchen took matters into their own hands and occupied a building bang in the centre of the capital which had stood empty for five years, providing much-needed shelter to over 100 homeless people.

But when W1 Developments, the shady offshore company which owns the property, filed an eviction order against Streets Kitchen, a judge ruled that its rights to the building trumped those of the people desperately seeking shelter.

In similar occupations in Brazil, authorities have also intervened – but to very different effect. In November 2017, a property developer was set to evict 237 families of the Mauá occupation in Sao Paulo. Yet, as the Guardian reported, the residents:

won a last minute reprieve when the city government agreed to buy the building from the owner for R$20m (£4.6m) and use the space for social housing.

Brazil’s constitution states that “property must perform a social function”, with the occupations drawing on this to leverage the government. Yet a similar law exists in the UK too.

Empty Dwelling Management Orders allow [pdf, p10] a local housing authority to secure occupation of a building. To do this, the authority in question must be [pdf, p10]:

satisfied that the dwelling has been wholly unoccupied for at least 6 months [and] there is no reasonable prospect of it becoming occupied in the near future.

But this legislation only applies to homes and not commercial buildings. So empty buildings, like Streets Kitchen’s homeless shelter, stay empty:

On route to @VictoriaLIVE and pass this still standing empty & unused.
Says it all.. pic.twitter.com/3ZtefFg1zl

Yet, with a minor law change, Westminster Council could have used this legislation to maintain the shelter.

What are buildings for?

Therefore, it’s clear that the legal framework exists for empty buildings to be put to use. And with over 11,000 sitting empty for at least 10 years, the infrastructure is there too. Rough sleeping is a complex issue. To truly eradicate it would also require reform of key services and welfare policy. But the success of Housing First, where rough sleepers are given unconditional housing, has shown that secure housing should be the first step in tackling the problem.

What it boils down to then is a question of what are buildings for. Are they an asset, something for those with capital to invest in and pass down, widening inequality in an already shockingly unequal society?

Or should having stable affordable housing be a fundamental right? We are rightly terrified of the thought of paying through the nose for health care, yet why should housing be any different when it’s so essential to people’s well being?

Homeless deaths have more than doubled in the last five years, with rough sleeping now reaching crisis levels. There are more than enough buildings to deal with this drastic housing need. It’s just the will that’s absent.