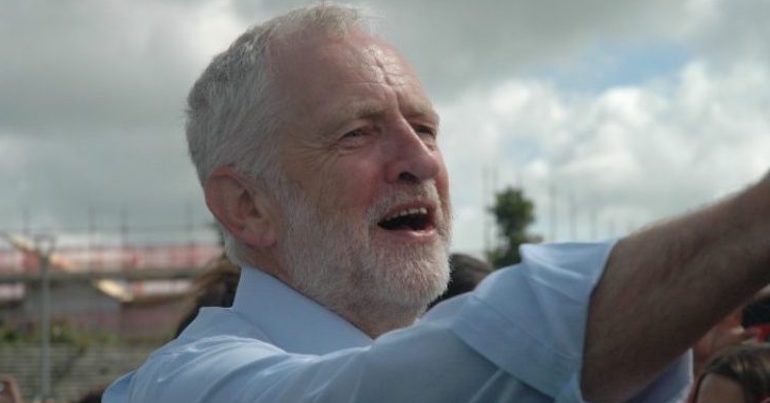 On 11 August, the Daily Mail claimed Jeremy Corbyn had taken part in a wreath-laying ceremony in Tunis, “near the graves” of “Palestinian leaders believed to be connected to… [a] terror attack on Israelis at the 1972 Olympics”. And the corporate media has been re-running a version of this ‘story’ all week. But their attack is based on incredibly shaky ground.

“Corbyn said no such thing”

As Corbyn stated, he didn’t take part in the ceremony. But the Mail‘s heavily loaded language gave the impression that Corbyn was at the graves of people known to have played a direct role in the 1972 atrocity – in which 11 members of the Israeli Olympic team were killed. He wasn’t.

Many other outlets, including the Times and the BBC, took the Mail‘s ‘analysis’ and ran with it anyway.

Labour’s press office was quick to correct the Times, for example, when it ‘reported’ that Corbyn did “attend” a “ceremony for Munich killers”:

Jeremy Corbyn said no such thing. Those who carried out the Munich massacre are not buried in the Palestinian National Cemetery in Tunis and there was no ceremony for them. @thetimes pic.twitter.com/4HozemJDpJ

The Mail report focused on a visit Corbyn made to the Hammam Chott cemetery in Tunis in 2014. In a follow-up story on 14 August, the Mail alleged:

Corbyn had clarified that the intention of his visit was to give a “fitting memorial to everyone who has died in every terrorist incident everywhere” – and in particular to commemorate the scores of people Israel killed in an attack on Tunisia in 1985 (which the UN overwhelmingly condemned). Others confirmed this account:

NEW: Dr. Mohammad Shtayyeh, a Palestinian Authority Minister who was pictured with @jeremycorbyn at the cemetery in Tunis in 2014, endorses the Labour leader’s account of the wreath laying ceremony pic.twitter.com/RRCYnftTk9

The Mail went even further, stating the names of people who allegedly “all have links to Munich” and the so-called Black September attacks. But whilst those named do appear to be buried at Hammam Chott, they are not the “Munich killers” (as the Times put it).

That didn’t seem to matter, though, as outlet after outlet played a dangerous game of Chinese whispers. And this forced many groups, including Jewish Voice for Labour, to speak up against the misinformation machine – not least because the actual wreath was to honour people killed in the 1985 Israeli bombing raid:

There are no ‘Munich terrorists’ in Hamman Chott cemetery https://t.co/GnrpUZIS6A JC did not lay wreath on the grave of either Bseiso or Khalaf. Delegates took a wreath from conference to cemetery to pay respects to those killed in the [UN condemned] 1985 Israeli bombing raid

What’s more, those who were directly involved in the Munich atrocity aren’t buried in Tunis.

Tunis is not in Libya…

A book by Simon Reeve called One Day in September documented the 1972 killings. Reeve stated that the men involved in the Munich attack were “flown from Germany” and buried in Libya, saying:

Other sources confirm this information.

Libya is definitely not Tunis. And Tunis is not in Libya.

This town is Maqbarah Sayyidi Munaydar al Islamiyyah. It contains the burial cemetery of Sidi Munaidess, the final resting place of Khalid Jawad and four of his fedayeen compatriots that were involved with the Munich atrocity of 1972.

IT IS IN LIBYA pic.twitter.com/9pFlcCZ35g

Many have come forward to challenge the way that the media has now misrepresented Corbyn by linking him directly to the Munich attackers.

On 14 August, the BBC also seemed to regurgitate this ‘narrative’. So Labour MP Chris Williamson set the facts straight, accusing the broadcaster of trying to “demonise” Corbyn:

Chris Williamson: "The Daily Mail smear stated that the individuals that were involved in the atrocity in 1972 in Munich were buried in that cemetery. They were NOT Buried in that cemetery, but in fact in a different country Libya!"#NewsNight #r4today @DerbyChrisW pic.twitter.com/ua6mkNrRGT

Newsnight's lead story is Corbyn *may* have laid a wreath at the graves of people whose names he can't read but *may* have have known about who *may* have had a role in Munich but which has never been proven.

No wonder this country is in trouble.

No its not irrelevant. Your leading story is a piece of garbage vomited up by the Daily Mail. The BBC is better than fake news#newsnight

By 15 August, the ‘story’ was still running on BBC Radio 4‘s Today show. And people were still resisting the assault:

Nonsense from Chris Grayling on #r4today. Jeremy Corbyn didn't attend a "funeral" for anyone in Tunis and no Munich terrorists are buried in that cemetery. He attended an annual ceremony for victims of Israeli bombing in 1985, as confirmed by the Palestinian ambassador to the UK.

Chris Grayling on @BBCr4today told an absolute whopper of a lie, claiming that Jeremy Corbyn "attended the funeral of terrorists".

It was a remembrance ceremony for the VICTIMS of Israeli terrorism, and not a single one of the 8 Munich attackers is even buried in Tunisia!

This is just the latest in an ongoing smear campaign against the Labour leader. But people are getting sick and tired of the endless attacks – especially when there’s hypocrisy at the core. Because as The Canary recently reported, Israeli PM Benjamin Netanyahu (who himself jumped on the smear-Corbyn bandwagon this week) has openly honoured a known terrorist who led a group that once killed 91 people at the King David Hotel in Jerusalem. Yet no one seems to want to talk about that.

Corbyn sympathisers: the point of the media’s cemetery narrative is that no British politician should commemorate ANY Palestinian deaths. In Israeli terms: all Palestinians killed by Israel are terrorists.

Corbyn, meanwhile, has made the reason for his 2014 visit to Tunisia very clear. And as he has said for many years, his ultimate goal is peace:

"The only way we achieve peace, you know, is by bringing people together and talking to them…

Corbyn deserves a huge apology. Because this whole corporate media attack is on very shaky ground.

Britain’s press has, it seems, tipped even further towards Orwellian doublespeak. And this time, it really has gone too far.