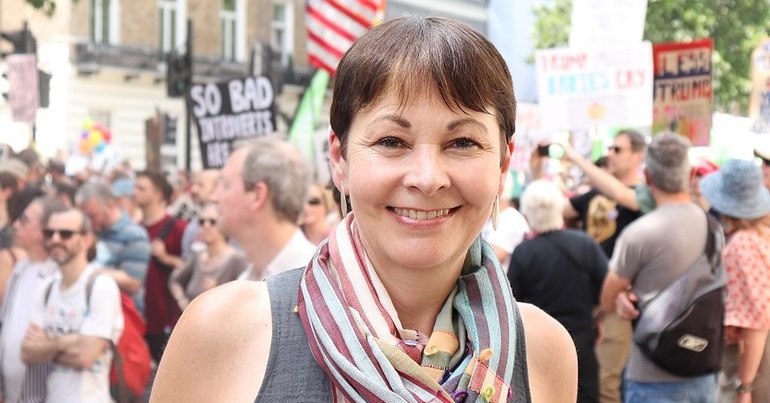 The Green Party has just had its best ever results in local elections. With all the votes counted, the Greens gained 194 seats across England. In the process, the party doubled its number of councillors and won seats on more than 50 councils for the first time.

In more good news for the Greens, over 500 people joined the party the day after the elections. This confirms what many have been saying for a long time: the Greens are now a truly credible left-wing alternative.

This isn’t the first time significant energy has been behind the Greens. In 2015, over a million people voted for the party in the general election. But punished by the voting system, only one Green MP – Caroline Lucas – entered parliament.

Similarly, the party has performed well in local elections in the past. But it has never before managed to pull off a result like this. Its previous best result was in 2006 when there were 20 Green gains.

The scale of Green seat gains this year is unprecedented. That’s what makes the results important. It shows that the Greens are not only capable of attracting lots of people to vote for them, but also of translating those votes into seats.

The #GreenWave, as people on Twitter have been calling the Green performance, is a coming of age for the party. And it comes at a time when climate change has never been so high up the public agenda – as the school strikes, Extinction Rebellion protests and a growing divestment movement have pushed the issue into the mainstream.

All of this bodes well for the Greens. In three weeks, hotly contested European elections will be a key opportunity for the party to demonstrate the strength of its support.

In the last European elections, the Greens emerged as the fourth largest party – winning three seats in the European parliament. With a strong set of results now behind them, the party could do even better this year.

As Fréa Lockley highlighted in The Canary, the Green Party is offering a left-wing alternative to Brexit. Going into these elections, it is the only party explicitly opposed to Brexit that offers any real political change. The Liberal Democrats and Change UK both represent the status quo. As such, the Greens offer a home to voters on the left who are frustrated by both the government and Labour’s positions on Brexit.

This, along with two other factors means the Greens could win big in the upcoming European elections.

Firstly, the European elections happen under a more proportional system than general and local elections. This means the party doesn’t face the normal barriers to winning seats.

And secondly, the Greens have a very strong pool of candidates lined up. In Yorkshire and the Humber, the renowed former Lord Mayor of Sheffield, Magid Magid, is the party’s lead candidate. Bernie Sanders’ brother, Larry. is also standing for the party in the South East. And the Scottish Greens – a separate political party – have selected their co-convener Maggie Chapman as lead candidate for Scotland. The high profile of the Green candidates across the country will undoubtedly help generate media coverage and boost the party’s vote.

But Green prospects don’t stop at the end of May. In fact, looking ahead to next year, the Greens could be on the cusp of something really big. If the Green momentum holds up, and the party keeps adding hundreds of activists to its ranks, 2020 could see the party take another step forward.

Next year, London will elect a new mayor. Three months ago, I argued that the Green Party candidate – the co-leader of the party Sian Berry – could blow the mayoral election wide open. With the scale of Green victories in the local elections, the Greens now have a real chance of polling very well in that race.

In the last two London mayoral elections, the Greens have come third – in both 2012 and 2016. The heightened profile of Berry, combined with a surging vote share, councillor base, and membership could prove crucial in pushing the Green vote even higher in 2020. It will also be a test of whether the party can capitalise on its current increase in support in London, where no local elections took place this year.

A lot of this is speculation. But one thing is clear – the Greens have now secured a place as a major player in mainstream politics. And the party has done so on an un-apologetically left-wing platform.