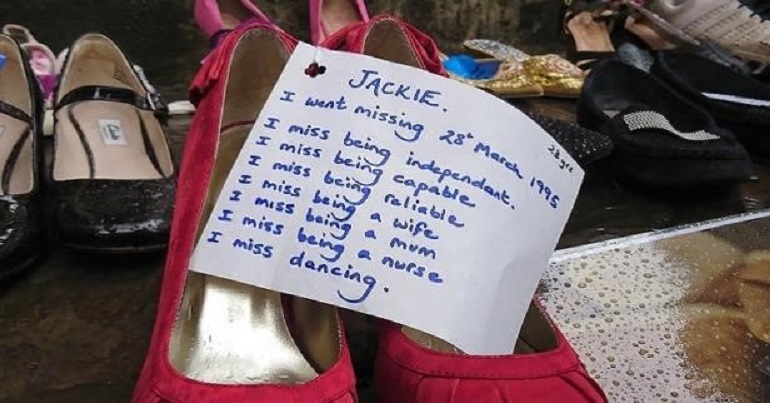 Across the UK and around the world, millions of missing people are about to become very visible for a week.

Millions Missing with ME

Myalgic encephalomyelitis, commonly referred to as ME, is a chronic systemic neuroimmune disease. It affects at least 17 million people worldwide and around 250,000 people in the UK. While symptoms vary for every person, people living with it often experience:

It has been fraught with controversy. For decades – and often still to this day – the medical profession has not properly recognised it. People living with ME have been disbelieved, stigmatised, given incorrect treatment, or told it’s ‘all in their heads’. But from 5 May, a campaign that spreads across the globe is aiming to change things – quickly.

A week of action

ME Action Network is a worldwide group of people living with ME and their advocates/supporters. Its campaign hook is #MillionsMissing – that is, ME has left millions of people worldwide missing from their lives, family and friends, unable to have an existence most of us take for granted.

Each May, ME Action Network holds a #MillionsMissing day. But this year, it has extended the campaign to cover the entire week from Sunday 5 May to Sunday 12 May:

We are thrilled to announce #MillionsMissing2019!

This May, we will take to the streets – or demonstrate from our beds – to show the world the #MillionsMissing are here to fight for our demands for people with #MyalgicEncephalomyelitis.

The aim is an overarching one. Yet it should be so simple. ME Action Network is calling for health officials and governments to end the inequality of funding and research into this debilitating illness.

Like the US, funding for ME research in the UK is dire. The ME Association estimates that just £40 was spent, per patient, on research between 2006 and 2015:

So, events will be happening all week. As ME Action Network said in a statement for The Canary:

The demonstrations will see the lining up of ‘empty’ shoes of ME sufferers from across the UK, footwear that has been unused and made redundant by this debilitating illness. The powerful and symbolic display… will be taking place in over 75 cities across the world. In the UK, major demonstrations will be taking place in over 25 towns and cities, including London, Glasgow and Sheffield.

You can find a list of UK and global events here.

Last year’s demo in London saw hundreds of people come out in support: 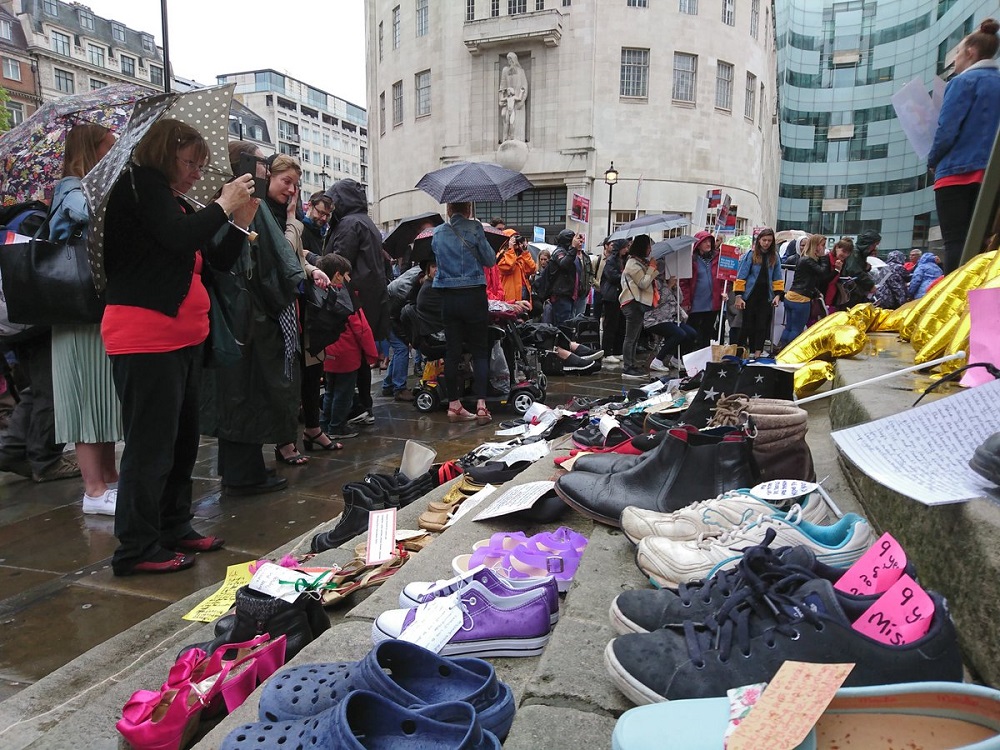 And this year’s event will be even bigger. But it comes amid a growing scandal about ME.

people living with ME can improve their illnesses, and sometimes recover, by having cognitive behavioural therapy (CBT) and by using graded exercise therapy (GET).

The results of the £5m trial… [were] part-funded by the UK Department for Work and Pensions (DWP)… But they have been dismissed by many medical professionals and disabled people alike as damaging and ineffective. US government agencies have either downgraded the reliability of CBT and GET or removed them as recommended treatments altogether.

But the researchers behind it, and also much of the medical profession, still stand by PACE trial’s results. In recent weeks, this has resulted in a war of words, played out in the media and online, between people living with ME, their advocates and supporters, and much of the corporate press and some medical professionals.

So, this makes this year’s #MillionsMissing events even more important.

Can you see ME now?

It is staggering that a disease which was first formally reported in 1934 still has no recognised cause or cure. But it is more staggering that millions of people living with this ravaging illness are still denied recognition, support and treatment. And it’s damning that much of the medical profession, media and politicians refuse to listen to their voices, at times effectively abusing them.

Perhaps the most damning thing is that people have to demonstrate for yet another year. Even though the disease, and society, often leaves them severely disabled.

But they will. And while they call themselves the “Millions Missing”, they are only invisible for one simple reason: because society refuses to open its eyes. Maybe 2019 will be the year the invisible become visible again.

The Canary will be supporting ME Action Network across #MillionsMissing week, the UK-based ME Association and #MEAwarenessWeek, campaign group Fiigthback, Dr Sarah Myhill and the #MAIMES campaign and others. There will be special podcasts, articles and social media activity.