That’s it. Corbyn is done with antisemitism smears and the 'stress' they’re causing Jewish people. - Canary 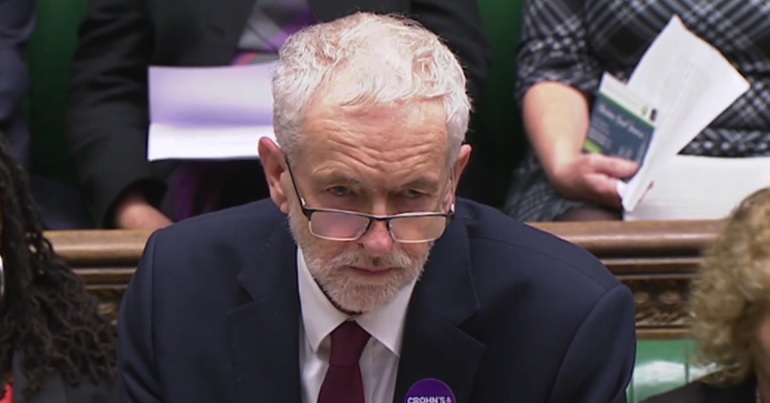 It looks like Labour leader Jeremy Corbyn has had enough of the “mischievous” antisemitism smears against him and the “stress” they are causing Jewish people.

Corbyn made the remarks in a letter to the president of the Board of Deputies of British Jews on 2 May. The right-wing media have again been accusing Corbyn of antisemitism. This time, over a foreword he wrote for the 2011 edition of John Hobson’s 1902 book Imperialism: A Study.

In his letter, the Labour leader wrote:

I am deeply saddened that the mischievous representation of my foreword to the book will have caused real stress within the Jewish community.

He also branded the claims “false” and said the allegations are:

the latest in a series of equally unfounded allegations of anti-Jewish racism that Labour’s political opponents have made against me. 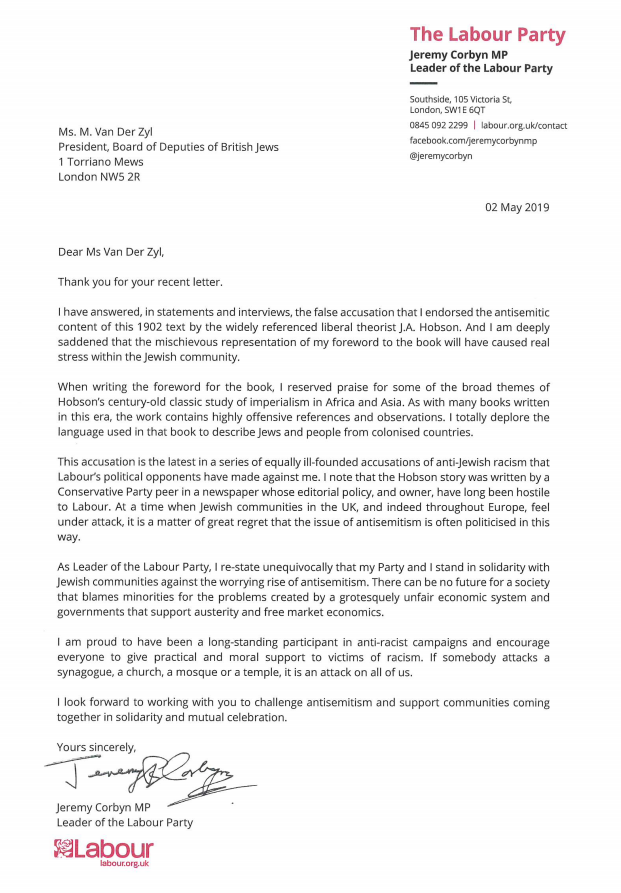 by men of a singular and peculiar race who have behind them many centuries of financial experience.

Hobson’s Imperialism: A Study has been taught for years in universities up and down the country (I taught it myself). No one has ever felt the need to highlight the 10 lines or so, in a book of 400 pages, which are antisemitic, but Corbyn was expected to do so.

And despite the Guardian attacking Corbyn for the foreword, the paper itself praised the book for changing the “contours of social thought”. And the Guardian’s Michael White previously described the book as an “influential classic”, noting that it “contains Jeremy’s own perfectly decent introductory essay”. Former prime minister Gordon Brown, meanwhile, suggested Hobson was a promoter of liberty to look up to.

I am proud to have been a long-standing participant in anti-racist campaigns and encourage everyone to give practical and moral support to victims of racism.