With Theresa May bracing for a local election wipeout, the media digs up a book from 1902 to sully Corbyn - Canary 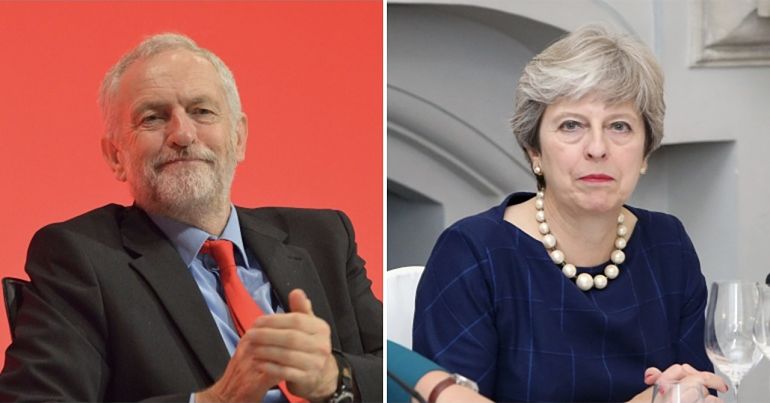 The Conservative party is braced for losses of over 800 seats in the 2 May local elections. So Conservative peer and Times columnist Daniel Finkelstein dug up a book from 1902 to stain Jeremy Corbyn. And the entire media – from the Guardian to the Mail – ran with it.

For the fourth year in a row, the media is smearing Corbyn ahead of the local elections. This time, the attack centres on Corbyn writing a foreword for a 2011 edition of John Hobson’s 1902 book Imperialism: A Study. The book contains some antisemitic statements like claiming finance was driven:

by men of a singular and peculiar race who have behind them many centuries of financial experience.

But the book is predominantly a historical piece of political writing that’s taught in UK universities:

If Hobson's "Imperialism" is an anti-semitic tract, it means every university course in politics and international relations has been promoting hatred of jews. https://t.co/Z9AMBDN2ja pic.twitter.com/XWS1Pi00YN

And, despite the Guardian attacking Corbyn for the foreword, the paper itself praised the book for changing the “contours of social thought”. And the Guardian’s Michael White previously described the book as an “influential classic”, noting that it “contains Jeremy’s own perfectly decent introductory essay”. Former prime minister Gordon Brown, meanwhile, suggested Hobson was a promoter of liberty to look up to.

Corbyn, however, wasn’t so forthright, as economics professor Yanis Varoufakis pointed out:

Anti-Corbyn plotters are getting desperate. To perpetuate their antisemitism slander they are lambasting Jeremy for writing, in a blurb to JA Hobson's Imperialism's new edition, that it was both “brilliant” and “very controversial at the time''. They need to try much, much harder

Other commentators also poured scorn on the attack:

Trying to paint Hobson as some kind of proto-Nazi is a gross historical distortion. Here is Tony Blair noting Hobson was "Probably the most famous Liberal Convert to what was then literally 'new Labour;". Is Blair part of this sinister anti-Semitic plot ? pic.twitter.com/xuMmcIJ9yA

I’ve read the book, for my sins – it’s absurd to describe it as an anti-Semitic text. How many making this criticism would say you can’t read David Hume because he thought black people inferior? We should challenge these histories but Hobson is widely seen as a liberal thinker https://t.co/uHnyf7zeVn

Tories bracing for the local elections

Meanwhile, Conservative officials have admitted that the party faces a “difficult night” in the local elections. In fact, Talk Radio political editor Ross Kempsell reports that one Tory MP said:

I have never experienced a worse election than this on the doorstep.

And a council candidate apparently said:

Why would I get screamed and shouted at about something I can’t change, she’s no idea what we are facing.

It’s not just political, but a financial problem. The Conservatives’ treasurer Mick Davis said the party is being:

With the Tories facing possible annihilation, the pro-establishment media needed something to bash Corbyn with. But digging up a book written in 1902 only makes them look more desperate than usual.