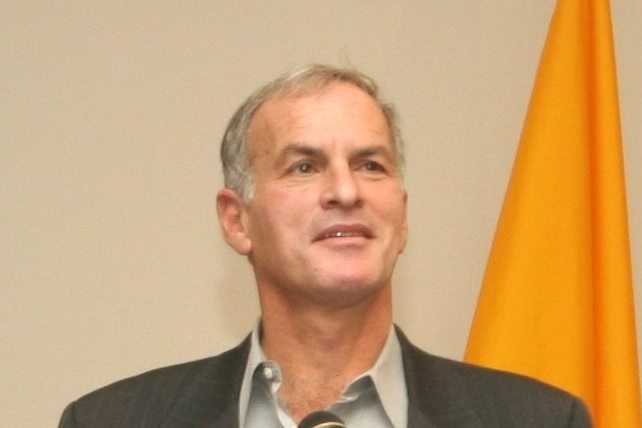 The mainstream media hasn’t yet tired of pushing the subject of antisemitism into our homes. But this obvious attack on Labour leader Jeremy Corbyn is slowly being exposed for what it is. And these two professors with very close connections to the Palestine-Israel debate had brilliant comments which should bring the charade to an end once and for all.

First, University of Birmingham Professor Kamel Hawwash spoke on the issue from a Palestinian perspective in a letter to The Guardian on 2 May. Slamming Guardian writer Jonathan Freedland for suggesting Israel would not be criticised so much if it were the home to “black people” rather than Jews, Hawwash says:

As a Palestinian I want to tell him that if, instead of a country for Jews, a country for black people or any other group had been created in our homeland without our consent, we would have objected and resisted as Palestinians with the same vigour… we Palestinians did not choose our occupiers.

He then asks a question much closer to home:

had Israel been created in Wales, had Cardiff been occupied and declared the united capital of Israel, and had Swansea been under siege for 10 years because it reacted to Israel’s illegal occupation, would the Welsh have simply accepted this and behaved as a model occupied people?

Regarding the recent media smears of the Labour party, meanwhile, he says:

our occupiers need to acknowledge the wrong they did to us, apologise and pursue a genuine reconciliation… Instead they are busy conflating antisemitism with anti-Zionism, thinking this will end the call for Israel to come to its senses. Supporters of Israel who do this are really working to protect its illegal policies

Norman G. Finkelstein, the American Jewish author of The Holocaust Industry whose family members were almost all murdered in the Nazi holocaust, also believes it’s time for the media smears on the Labour party to stop. Insisting that the comments made last week by former Mayor of London Ken Livingstone were not antisemitic, he says:

Livingstone maybe wasn’t precise enough, and lacked nuance… [But he] is more or less accurate about this – or, as accurate as might be expected from a politician speaking off the cuff.

He also speaks about the supposed ‘antisemitism crisis’ that the corporate media claims is engulfing the Labour party today:

It has nothing whatsoever to do with the factual situation; instead, a few suspect cases of antisemitism – some real, some contrived – are being exploited for an ulterior political motive… it’s transparently a smear campaign

It’s time to put a stop to this periodic charade, because it ends up besmirching the victims of the Nazi holocaust, diverting from the real suffering of the Palestinian people, and poisoning relations between the Jewish and Muslim communities… there has to be a decisive repudiation of this political blackmail.

With anti-Corbynites grinding axes in the media and calling for the Labour leader to be overthrown, the local elections throughout the UK on 5 May could well see the party lose a number of seats. The Guardian says that even a loss of up to 50 seats would be a good result for Labour.

The media’s antisemitism smears – supported by Conservatives and right-wing Labour MPs – may influence this week’s elections. They may prove to be a significant enough distraction from real issues like the junior doctor strike, forced academisation, and indiscriminate welfare cuts. But at the same time, British citizens might just see through the circus of media distractions.

– If you’re planning to vote in this week’s elections, do so according to the local policies you agree with.

– Support independent news from Israel, like +972 Magazine and Mondoweiss.