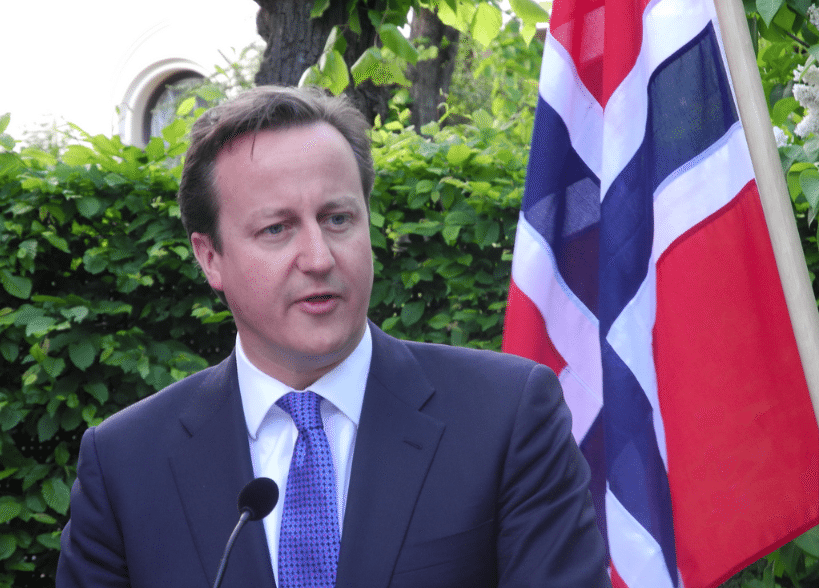 David Cameron’s new crackdown, reportedly to be announced in the Queen’s speech, will see people silenced and free speech curtailed. According to Politics Home, the legislation will “include measures to gag individuals, close down premises and ban organisations”. Also, programmes perceived to contain “unacceptable extremist material” will be shut down by the UK’s broadcasting watchdog Ofcom, under the Extremism Bill.

Couple this with the government’s definition of ‘domestic extremist’ and the censorship could apply to literally anyone. According to the National Domestic Extremism and Disorder Intelligence Unit (NDEDIU):

Sounds reputable until you discover the government has redefined ‘serious criminal activity’ to suit its agenda:

That the conduct involves the use of violence, results in substantial financial gain or is conduct by a large number of persons in pursuit of a common purpose.

So it would be naive to think that, after abusing surveillance laws to spy on political opponents, the Conservatives wouldn’t use ‘hate speech’ laws to censor them. The ‘extremist’ label is already in place.

Perhaps it’s better if we open up the debate and publicly challenge extremists rather than silencing them. Censorship closes off debate, removing genuine terrorists from scrutiny and enabling them to paint themselves as gagged victims – freedom fighters silenced by the crusading West.

Moreover, legislating as if we cannot regulate each other for extremist views shows a paternalistic mistrust of the public. If extremist views are aired in public they can be condemned, but in the shadows they can incubate.

The Times claimed that this ‘anti-extremist’ policy is for David Cameron’s ‘legacy programme’. So we are now safe in the knowledge that the Prime Minister is undertaking a vanity project while presiding over an unprecedented housing crisis, crippled public services and the demolition of the welfare state.

And it’s a vanity project that could double up as a way to silence criticism and opposition to his own government and allies like the State of Israel. For instance, the military wing of Hamas is a registered terrorist group in the UK (and several other countries) despite there being no Palestinian army. And despite the context of an illegal Israeli apartheid state, the daily segregation and subjugation of Palestinians, Israeli state control of imports and exports, and the land, air and sea blockade of Gaza. One man’s extremist is another man’s freedom fighter.

To summarise, an ‘extremist’ is pretty much anyone the government wants it to be. To prevent people from publishing their thoughts is in itself an extremist attack on civil liberties.

Check out the Media Reform Coalition.

Write to your MP.